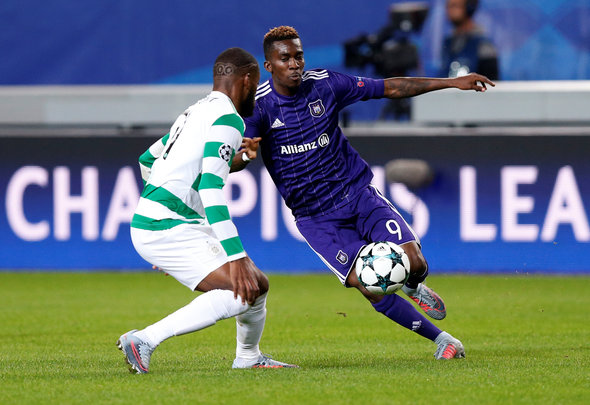 Everton attacker Henry Onyekuru has returned to Belgian side Anderlecht where he will continue his recovery from injury with the Belgian champions, according to a report.
DH, Belgium media outlet states that the 20-year-old, who only recently returned to Finch Farm from Belgium to begin treatment on a knee ligament injury, has gone back to the continent after it was decided that he wouldn’t have surgery.
After signing the left-sided winger from KAS Eupen last summer, the Toffees immediately loaned Onyekuru out to Anderlecht where the youngster had been on a goalscoring streak with ten goals in 28 outings across all competitions before his setback.
There had been suggestions that the attacker would have to undergo surgery but that was deemed unnecessary by the Everton medical staff as it would hamper the player’s World Cup and his chances of getting a work permit.
The Toffees have found goals hard to come by this season and could have done with having the exciting attacker as an option to bolster their forward line and offer an alternative.
However, Everton manager Sam Allardyce will hope that his recent signing of Arsenal midfielder Theo Walcott will go some of the way to curtailing those issues and increase their firepower in front of goal.
In other Everton news, ‘I must be missing something’ – journalist delivers scathing verdict on Lookman supposed departure.