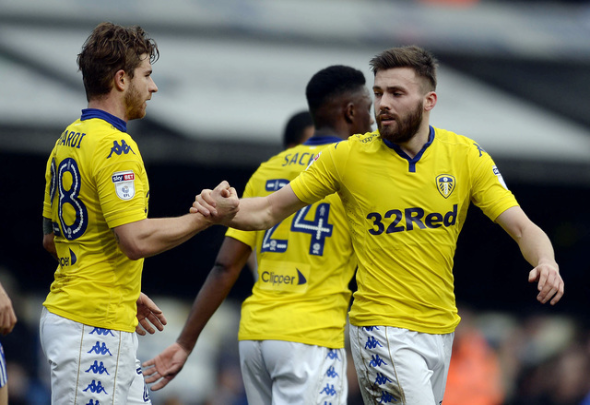 Stuart Dallas has admitted that Leeds made “too many mistakes” and “bad decisions” in their 1-1 draw against Ipswich.

Garry Monk’s side came from 1-0 down to secure a draw against the Tractor Boys in Saturday’s Championship fixture at Portman Road.

Dallas scored his third goal of the season when he finished off a move in which Hadi Sacko and Chris Wood had both played crucial goals.

The draw in a scrappy clash at Ipswich followed the midweek victory over Bristol City to finish off a good week for Leeds after consecutive defeats against Huddersfield and Cardiff.

Northern Ireland international Dallas admitted his team were below par against 13th-placed Ipswich.

“This gives us something to build on and we’re unbeaten in two games,” said Dallas, as quoted by the BBC Leeds matchday blog (Saturday, 5.31pm). “It wasn’t a great surface but we can’t complain – both teams had to play on it. We had to grind something out to get something from this.

“We forced ourselves into too many mistakes and bad decisions. It shows we’re trying to do the right thing, but maybe we have to use our experience and play to the pitch.

“It’s a different kind of pressure – we’re going to places and expecting to win, and that’s all credit to everyone involved. A few people last week questioned whether we were good enough to take the challenge and we got the win.”

Leeds, who took four points from the week to consolidate their play-off position, are fifth in the league with 58 points from 33 league matches, seven ahead of Norwich in seventh spot.

Garry Monk’s side are next in action when they face Yorkshire rivals Sheffield Wednesday next weekend.