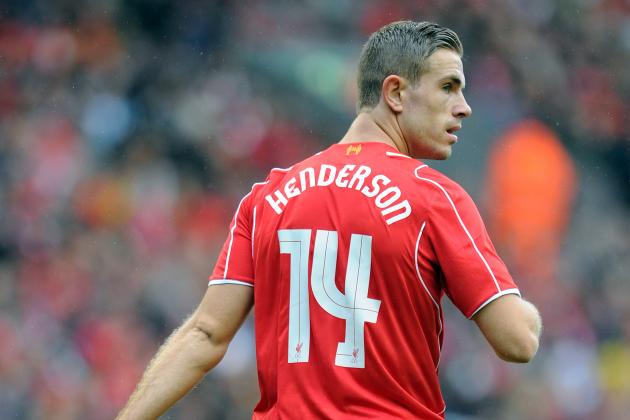 Jurgen Klopp is not afraid to be ruthless when it comes to the composition of the Liverpool team.

The German should once again swing the axe for Saturday’s Premier League showdown against Hull at Anfield.

Those on the receiving end should be first-team regulars Daniel Sturridge, Simon Mignolet and, most controversially, skipper Jordan Henderson.

The big-name trio all started last Friday’s notable 2-1 win over Chelsea at Stamford Bridge as the Merseysiders secured another mightily impressive triumph on the road.

Henderson sealed the points with a sumptuous long-range shot of the kind which supporters feel he should produce more often given his status as the team’s leader and midfield kingpin.

But, in reality, it is Emre Can who is the highest calibre midfielder than Klopp can call upon.

The Germany international has had a frustrating start to the season after picking up an ankle injury that has prevented him from starting any of the team’s five league matches to date.

He played 33 minutes of the comfortable 3-0 win over Championship outfit Derby in midweek and demonstrated that he is fully fit and ready to return to finally be given a run in the team.

It should be the quietly impressive Georgino Wijnaldum selected to partner Can in central midfield against Hull.

The Dutchman has not set the world alight this season, but in an unshowy way he has demonstrated that he has the pedigree to be an integral member of the side.

That would mean Henderson would miss out and, while some may consider him unfortunate after his Stamford Bridge heroics, his absence would not weaken the team.

Further back in the team, Klopp should start with the same back four who impressed at Chelsea, where Joel Matip made the first of three super-smooth Premier League starts in a highly impressive start to Liverpool career.

In goal, Loris Karus must be given a chance to make the No1 jersey his own after impressing on his debut against Derby in midweek.

Simon Mignolet has not made any high-profile blunders yet this season but his flapping from set pieces and lack of comfort playing out from the back make him an accident waiting to happen.

With Roberto Firmino fully recovered from a minor groin injury, the front three pick themselves in the 4-3-3 formation Klopp has favoured this season.

The Brazilian is not an authentic spearhead in the mould of Sturridge or Divock Origi but this is more than compensated for by his technical ability, sharp mind and prodigious work-rate.

In other Liverpool team news, Henderson has claimed that his team-mate can be as good as Cristiano Ronaldo, Lionel Messi and Luis Suarez.