The Tottenham squad will have faith that Jose Mourinho is the man to lead them to their first Premier League title, according to Danny Mills.

Speaking exclusively to Football Insider correspondent Connor Whitley, the former England full-back compared the situation at Spurs to Antonio Conte’s Chelsea side that won the league in the 2016-17 season.

Mourinho’s side continued their impressive unbeaten run in the Premier League with a 0-0 draw with fellow title challengers Chelsea on Sunday. 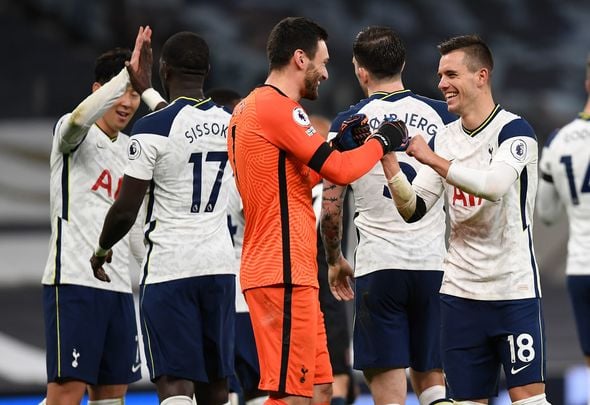 Tottenham have now ended the last two weekends at the top of the table and Mills has claimed belief will be growing with the squad.

He told Football Insider: “I thought the whole of Tottenham’s performance was excellent, it was a typical Mourinho performance.

“We knew what was going to happen, they were going to sit back and work very, very hard. The organisation was exceptional.

“It takes a lot of work and discipline and when it works, players start to believe and buy into it and that’s what we’re starting to see at Tottenham.

“It’s a bit like when Conte was at Chelsea, the first couple of games they struggled, then they flipped the formation, went to three at the back and they kept winning and suddenly everyone starts to believe this is the right way to play.

“They went on to win the league that season.

“Maybe it’s not how Tottenham played in the past, it is defensive at times, it’s more about winning than playing well.

“If you start to win games and you believe in it, it means Tottenham will be there or thereabouts this season.”

Mourinho said after the draw with Chelsea that his dressing room was “not happy”.

He added: “That is the best thing. It is fantastic. It is a complete change of mentality and personality.”

In other news, Tottenham have been told to cash in on an Argentine after a big update.