Sunderland are reportedly plotting a move for Rangers forward Martyn Waghorn – and supporters on Twitter are mostly underwhelmed at the prospect of him returning to the club.

The Mail claim that the Championship outfit are lining up a swoop for the 27-year-old and, in turn, he is keen on returning to the club where he began his career.

The report details that the Gers are prepared to listen to offers for Waghorn as he will be available to sign a pre-contract agreement in January for a minimal cross-border transfer free.

Sunderland fans took to social media in their droves to react to the Waghorn speculation, with many unenthused, although others stated he is better than some of their forward options.

Martyn Waghorn anyone? Can’t be much worse than the rubbish we have got already #SAFC

Waghorn McCormack Elphick Gradel Woods, i’d take them all and ship out Kone Khazri Lens & maybe a few others like rodders or gibbo? #SAFC

Waghorn got the bulk of his Rangers goals in the Scottish Championship. Equivalent to league 1 some say. #SAFC

We going back over looking at players like waghorn simply not good enough. #SAFC

Martyn Waghorn was always someone I never would of liked to have left! Would be pleased to have him back! #safc

Waghorn is competing for a starting spot at Ibrox with new signings Eduardo Herrera and Alfredo Morelos, and veteran Kenny Miller.

The versatile forward, who can play anywhere across the forward line, is trying to prove he can play a major impact in Pedro Caixinha’s side.

Waghorn made 41 appearances across all competitions last season for the Gers, scoring 16 goals and supplying nine assists in return.

But many of his strikes were against lower league sides in the cups and his form was a far cry from in 2015-16, when he spearheaded Rangers’ Championship triumph.

In other Rangers transfer news, they are ready to push the button on two new signings. 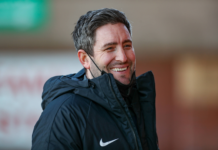