Darren Bent has claimed that Patrick Bamford’s goal for Leeds United on Saturday will be a “massive positive” for Marcelo Bielsa’s men.

Speaking exclusively to Football Insider assistant editor Russell Edge, the former England international suggested that the forward’s strike in the 4-3 defeat to Liverpool will do wonders for his confidence.

The 27-year-old came under fire at times last season for his finishing ability, but opened his account for the campaign with a smart effort in the seven-goal thriller against Jurgen Klopp’s champions. 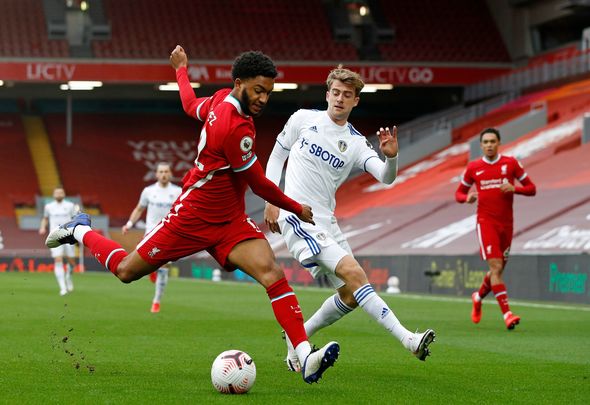 And Bent was hugely impressed with what he saw from the Elland Road hitman, especially considering the calibre of opposition that he was facing up against.

Speaking to Football Insider, he said: “He was playing against arguably the best centre-half in the world in Virgil van Dijk, and he could have scored a couple.

“His finish was superb. For someone coming out of the Championship, with people throwing question marks at you left, right, and centre, for him to get a goal on his debut, that is a massive positive for Leeds United.

“Going forward that will give him massive amounts of confidence. I thought he played really well yesterday.

“He held it up well, ran in behind, and caused them problems.”

Prior to Saturday’s clash, Bamford had registered just one goal in 27 Premier League outings.

That strike came in a dead rubber 2-1 defeat for relegated Middlesbrough against Southampton back in May 2017.

In other news, Football Insider can REVEAL Leeds United are set to announce a new signing next week after a medical took place abroad.