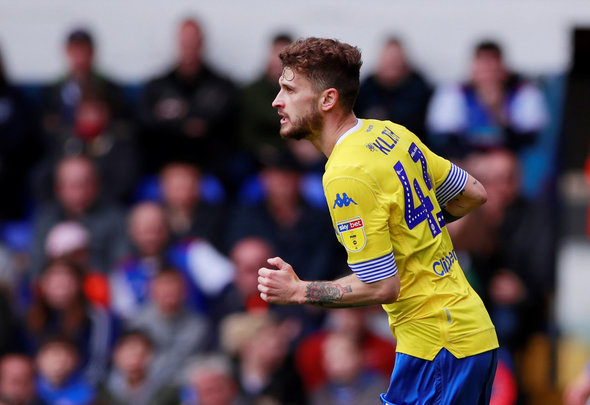 Noel Whelan has urged Leeds United to keep hold of Mateusz Klich after his “fantastic” performances last season with the Polish midfielder linked with a move away.

The former Elland Road ace and lifelong Whites fan, speaking exclusively to Football Insider, says that Klich was lucky to be handed an opportunity in the first-team, injuries elsewhere saving him from being sold, but that he made the most of his opportunity with some impressive form.

Football Insider revealed last weekend that the midfielder’s performances in the Championship have led to Premier League side Burnley eyeing up a move for the 29-year-old, as he has a contract that expires next summer.

Despite the potential of Klich departing on a free, Whelan has insisted that Leeds cannot afford to let him go, comparing him to fellow senior mainstay Kalvin Phillips in terms of his importance to the side.

Asked if he would be a huge loss to Leeds by Football Insider, Whelan said: “He would, from his performances last season, completely. He was nearly sold last year, he wasn’t in the plans of Marcelo Bielsa.

“It was only through injury he got his opportunity so he actually surprised everybody. It doesn’t surprise me that he is still being linked because he had a fantastic season last year, he was given the opportunity, he’s shown what he can do.

“I would love to keep him because I think he’s got another season to offer Leeds. The goals he scored last season, his performances were fantastic, he gives you that little bit of cutting edge going forward. I wouldn’t be looking to sell. He could be a player that’s invaluable to Leeds like Kalvin Phillips.”

The 19-cap Polish international made only 10 appearances in his first season at Elland Road, finding himself shipped out on loan to FC Utrecht for the second half of the campaign.

Last season saw him emerge as a regular under manager Marcelo Bielsa, playing 50 times, scoring 10 goals and notching up another nine assists on the way to a third-place finish and the play-off semi-finals.

In other Leeds United news, it can be REVEALED that a senior player at Elland Road has told his agent to find him a new club despite having plenty of time left on his current contract.