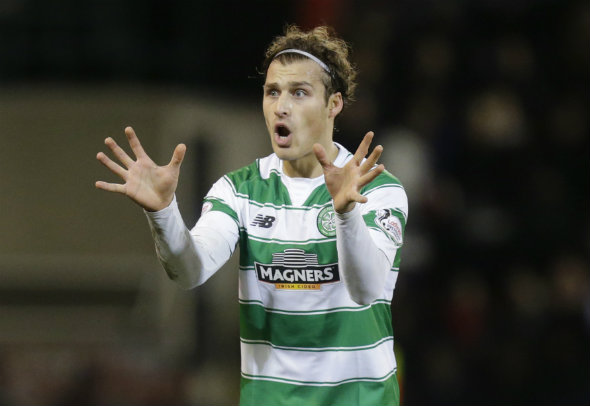 The Bhoys earned a narrow 1-0 away victory against Kilmarnock to move 13 points ahead of second-placed Aberdeen, with Stuart Armstrong scoring a first-half goal.

Brendan Rodgers’ side have been in phenomenal defensive form and have not conceded in their last six league games.

Celtic also kept a clean sheet in the Scottish League Cup semi-final win against Rangers and have continued their dominance domestically, but have struggled to replicate that in their Champions League campaign.

Celtic defender Sviatchenko, who has played every minute during their seven-game run, has expressed his joy with the achievement.

“7th clean sheet in a row from all the lads. Next is Champions League,” Sviatchenko wrote on his personal Twitter account.

Sviatchenko has emerged as a crucial part of the Celtic defence this season after he moved to the club in January.

The 25-year-old has been the ever present in the defence and been parterned alongside Dedryck Boyata, Kolo Toure and Jozo Simunovic.

He has made 19 appearances this season across all competitions and been one of the club’s most consistent performers.

Sviatchenko has made five appearances for his nation Denmark but has not made played for them since March.

Celtic host Barcelona on Wednesday in a must-win European encounter and then face Aberdeen in the League Cup final on Sunday.

In other Celtic news, Danny Murphy claims this player will not join the club with Rodgers in charge.