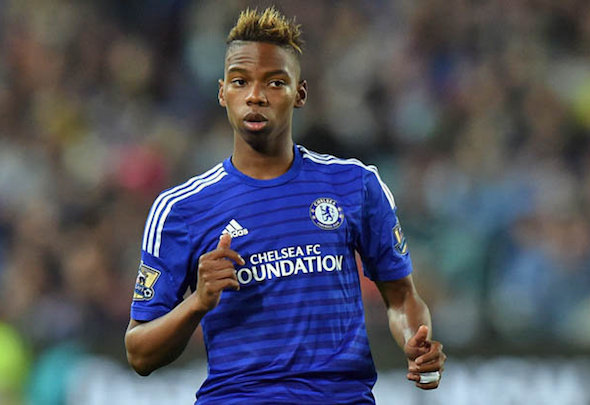 Celtic have begun negotiations with Chelsea over a potential summer move for young attacker Charly Musonda, according to a report.

The Scottish Sun claim that the highly-rated 20-year-old could be the next new arrival through the door at Parkhead, after manager Brendan Rodgers revealed he was ready to spend money on a “big talent”.

Hoops chief Rodgers had earlier admitted to that he was hoping that a deal for his latest summer signing could be concluded “fairly soon”, having already snapped up two new players.

He said: “We have one we hope can get done very soon. He is a big, big talent.

“He will be a big player if we can get him in and we are hoping that will be concluded fairly soon. It’s something we’ve been looking at over a period of six months.

“Good money will be spent on him. The player I’m talking about is of substantial pedigree.”

Celtic have already confirmed the signings of Aberdeen winger Jonny Hayes and Ipswich Town youngster Kundai Benyu, and the Scottish Sun claim Rodgers has identified Musonda as his next target.

Musonda is valued by Chelsea at £5million, but Rodgers is more than willing to spend more than £6million to smash the club’s current transfer record this summer.

The Belgian youngster, who can play as a winger or as an attacking-midfielder, is under contract at Stamford Bridge until the summer of 2019, but faces an uncertain future ahead of the 2017-18 campaign.

He has yet to make his senior debut for the Premier League giants, and spent the second half of last season on loan at La Liga outfit Real Betis.

Musonda scored one goal and supplied three assists from 24 appearances in all competitions for Betis, but he could struggle to earn such regular first-team opportunities at Chelsea throughout the upcoming campaign.

Rodgers has so far yet to make an error in the transfer market since taking charge at the Scottish club a year ago, and he could land himself another top quality, young player in Musonda. The Blues hotshot has been in fine form for the Chelsea reserve side, and gave a decent showing for Betis last season, and he is more than ready to be handed regular opportunities. But with the likes of Eden Hazard and Willian ahead of him at his current club, Musonda would be wise to seek a move elsewhere this summer. At between £5million and £6million, Rodgers would be getting himself a real bargain.

In other Celtic transfer news, two Premier League giants are ready to battle it out for the signature of this £15million-rated Celtic star.