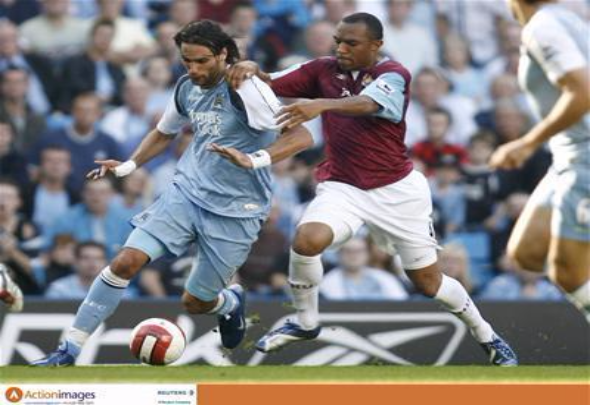 TalkSPORT pundit Daniel Gabbidon has stated on Twitter that “there could be a nice face” at Aston Villa on Monday evening.

HITC Sports claimed on Monday that Swansea left-back Neil Taylor is set to undergo a medical at the club after a swap deal involving Jordan.

Gabbidon is a former Wales international, while Premier League ace Taylor currently plays for the national team under Chris Coleman.

Steve Bruce’s side have been very busy during the January transfer window purchasing five players and allowing four players to leave.

Manchester United goalkeeper Sam Johnstone was the first player to join the club on loan, with Nottingham Forest captain Henri Lansbury making a permanent switch across the Midlands.

Now former West Ham defender Daniel Gabbidon has claimed on his personal Twitter account that the club could add a sixth player.

“Just been sent this [accompanied with a picture of Villa’s training ground],” said Gabbidon. “Looks like there could be a nice face in at Aston Villa this evening.”

I try again! Just been sent this.. looks like there could be a nice face in at #AVFC this evening.. What you reckon villa fans? #DeadlineDay pic.twitter.com/9uo2WkwuA0

Along with the incomings, target-man Rudy Gestede joined Premier League outfit Middlesbrough earlier on in the month on a permanent basis.

He was joined at the exit door by goalkeeper Pierluigi Gollini, left-back Aly Cisssokho and midfielder Aaron Tshibola, all of who made loan moves.

From the five January purchases, only midfielder Lansbury has made his Villa debut with the club’s next encounter on Tuesday night, having had the weekend off due to FA Cup action.

They take on Dean Smith’s Brentford, who picked up a 1-1 draw during the reverse fixture when Roberto Di Matteo was in charge of the Midlands club.

Star striker Jonathan Kodjia will be back for the weekend match after he returned from the Africa Cup of Nations where he was representing the Ivory Coast.

In other Aston Villa transfer news, the pursuit for this striker has taken a twist after £9million offer was tabled.