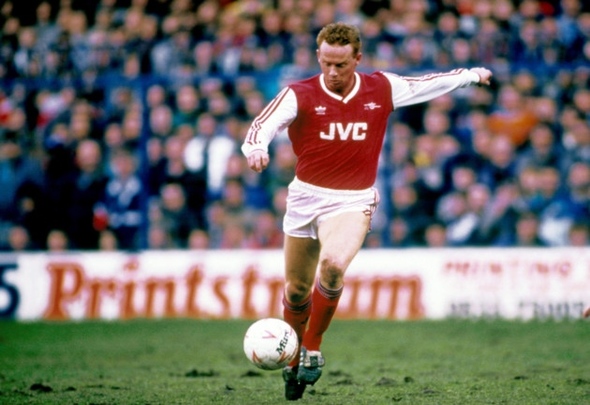 TalkSPORT pundit and former Arsenal man Perry Groves believes that manager Arsene Wenger would be “slaughtered” for what Mauricio Pochettino is doing at Tottenham in regards to the lack of transfers.

Spurs have made huge strides in the last two campaigns and last season they managed a second placed finish with league winners Chelsea beating them to the title by seven points.

The summer market has presented a good opportunity for the north Londoners to push on from their runners-up placing, but so far the club’s only major deal has seen right-back Kyle Walker leave for league rivals Manchester City.

Now, Groves has told that if Wenger had not brought in a single player with less than two weeks until the season’s opener then he would be getting a much tougher time than what the Argentine is across London.

“It has to be Mauricio Pochettino, as much as he wouldn’t admit it publicly,” told Groves to Bwin after being asked which manager will be frustrated at their club’s summer business.

“They’ve kept their best players. If you’d have said to Daniel Levy and Poch at the end of last season that the only player they’d lose this season is a full-back for £50million, they’d have done the conga! To improve, they still need to keep adding and they haven’t done this. They need a centre-forward desperately because they can’t keep relying on Harry Kane. They need to replace Kyle Walker with the Champions League now beckoning. They still have to get themselves over the line and they had two great opportunities to do it. They may have missed their chance if they don’t improve their first team.

“If it was Arsene Wenger finishing second last season and then not signing anyone, he would be getting slated by the fans and media. Everyone loves Pochettino because, quite rightly, he’s done really well but if it was Arsene in that position, he’d be slaughtered.”

Despite Tottenham’s lack of signings with the new season approaching Pochettino has urged fans not to be worried and that the club will be making moves in the market this summer.

It is also worth noting that Spurs had only brought in two players at this stage last summer with both Georges-Kevin N’Koudou and Moussa Sissoko joining on deadline day.

Now, Spurs may be reluctant to make any further deals in the closing hours of the window this time around after shelling out a huge £30million to Newcastle for Sissoko who has so far flopped.

But, given the Walker sale for an initial £45million and the Premier League riches they do have some money to play with.

In other Tottenham news, Phil Thompson has predicted Spurs’ 2017-18 finish.