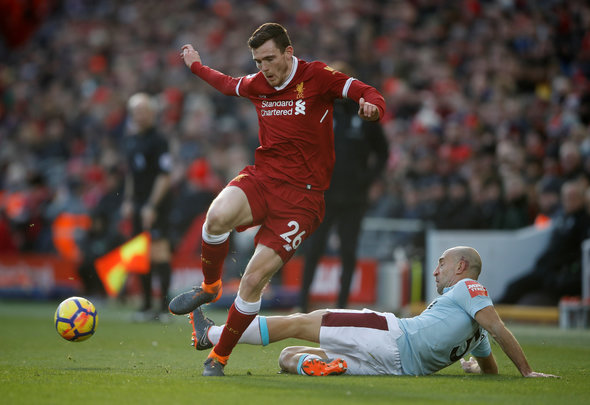 Tam McManus reckons that Liverpool full-back Andy Robertson pips Celtic left-back Kieran Tierney in a competition between who is the best in the position in all of Europe.

Both youngsters have rocketed to stardom in their positions for their respective clubs but while the Hoops ace might have beaten Roberts last season, the Reds left-sider has starred in the Champions League and Premier League since joining the club from Hull City last summer and shone in the position.

Writing on his official Twitter feed, McManus gave his opinion on the two Scottish internationals and said, “Is there a better left back in Europe than Andy Robertson at the moment? Probably just edges Kieran Tierney and Barry Douglas for me. Oh they are all Scottish. Magic.”

This is a really tough one to call. At 24-years-old Robertson has four years on 20-year-old Tierney, and the Celtic full-back has impressed domestically and on the European stage for the Hoops, attracting the interest of some of the biggest clubs on the continent. Manchester United have been consistently linked with the Celtic star. Robertson, you’d have to say has come from nowhere. There wasn’t a lot spoken about the former Hull defender prior to his move to Merseyside last summer but based on current form and the way he has performed in the English top-flight and Champions League, McManus is right on this occasion.

In other Celtic news, major Celtic problem is something most teams would like to have.