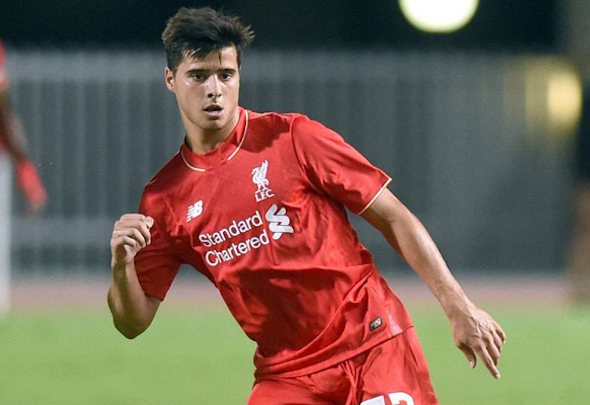 Joao Teixeira has revealed that he plans to stay at Liverpool but warned that he is not happy at spending time on the sidelines.

The Portuguese attacking midfielder, who played his third match this month in Saturday’s goal-less FA Cup draw against West Ham, is out of contract this summer.

Negotiations over a new agreement are ongoing as the 23-year-old battles to prove to Jurgen Klopp that he deserves to be a regular first-team squad member.

Speaking after the West Ham match on Saturday, Teixeira said: “For now, my plans are to stay with Liverpool and play more here, but you never know what will happen in the future.

“I haven’t played much. I’ve been on the bench a lot and I don’t like that. I’ve played five times for the first team and I’ve scored my first goal at Anfield which is special. It’s been good, but I need to play more.”

The former Portugal Under-21 international had an impressive loan spell at Brighton last season but has made only three appearances for the Liverpool first team.

Teixeira has produced flashes of real quality in his fleeting appearances but his situation is up in the air amid doubts about where he stands in Jurgen Klopp’s plans.

“We are in conversations at the moment,” Teixeira told the Liverpool Echo a fortnight ago. “My contract runs out at the end of this season. I want to stay but we will see what happens.

“I don’t want to think about my future too much right now. I just want to play football. I want to enjoy this moment and try to build on it.”