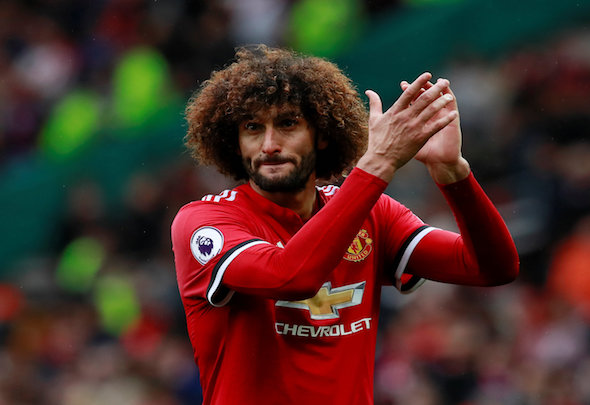 Manchester United midfielder Marouane Fellaini is expected to miss the Premier League clash against rivals Tottenham, according to a report.

The Telegraph claims that the 29-year-old will be out of action for Jose Mourinho’s side for the next three weeks after suffering knee ligament damage whilst on international duty with the Belgium national team.

Spurs travel to Old Trafford on 28 October but the Belgian is set to still be unavailable for this huge encounter.

It is a massive boost for Mauricio Pochettino’s side as Fellaini has been one of United’s most consistent players at the start of the new season.

The midfielder has impressed with his performances, contributing with four goals and one assist in all competitions this season.

The Belgium international also has a fine record against the North London in terms of results as Fellaini has only lost once in nine appearances against Spurs in his career.

The man mountain midfielder also found himself on the scoresheet against Spurs in the 3-0 victory at Old Trafford during the 2014-15 campaign.

The Belgian’s absence could potentially help Spurs to pick up their first point away at United since the 2013-14 season.

However, Spurs were the victors in the last meeting between the sides, coming away with a 2-1 win in the last match to be played at the White Hart Lane.

In other Tottenham news, this striker has suffered an injury blow before Spurs’ clash with Bournemouth.