Rangers winger Jamie Murphy believes spending time in Florida with his new team-mates has helped him settle in at Ibrox following his loan move from Brighton.
Murphy joined the Gers last week before jetting out to link out with his new team-mates at their Florida training camp.
The former Brighton star made two appearances for the Ibrox giants as they defeated Atletico Mineiro and Corinthians in the Florida Cup.
Murphy picked up an assist in the win over Corinthians and revealed he’s been delighted with the opportunity to get to know his new colleagues so quickly.
“It’s been terrific. Sometimes when you go to a new team you don’t really get to know the boys for a couple of weeks because you only see them for a couple of hours a day,” Murphy said, as quoted by the club’s official website.
“The fact that we’ve been away and we’ve all been together, I know has definitely helped me.”
The former Sheffield United and Motherwell winger joined the Gers on a season-long loan deal and has agreed a permanent move to Ibrox in the summer.
Murphy was a key part of the Brighton side which won promotion to the Premier League last season but struggled for regular game-time this term after manager Chris Hughton overhauled his squad.
The 28-year-old made 83 appearances for the Seagulls during his time on the south coast before agreeing a switch to his boyhood heroes.
The left winger is almost certain to be involved when the Gers return to domestic action on January 21st when they face Highland League minnows Fraserburgh in the fourth round of the Scottish Cup.
In other Rangers news, fans were unhappy with Michael O’Halloran’s display against Corinthians
We’ve launched a << BREAKING NEWS FEED>> exclusively for your club. ‘Like Us’ on Facebook by clicking here if you want 24/7 updates on all Rangers breaking news. 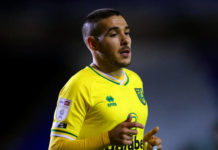 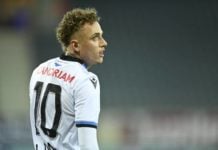