The former Villa and Scotland boss, speaking exclusively to Football Insider assistant editor Russell Edge, revealed he had spotted the midfielder as a young talent at St Mirren and that he was delighted to see him flourishing under Dean Smith.

As confirmed by the club last week, the 26-year-old has put pen to paper on a new deal which will keep him tied down at Villa Park until 2025.

McGinn has established himself as a mainstay for both club and country in recent years, with 29 caps under his belt to date.

McLeish has insisted Villa need to keep the core of their best players together to reestablish themselves among the Premier League and that he was overjoyed to see his fellow countryman tied down.

McLeish told Football Insider: “Yeah, that’s a great re-signing of John, there was speculation about him over the last year or so moving somewhere else to perhaps so-called bigger clubs but Villa is a huge club.

“They have to cement their place in the Premier League, a few more convincing league table showings, and they look on the way to doing that and to do that, then they’ve got to re-sign players like John McGinn.

“He’s been an absolute pillar for them and you see what he’s done in the Scotland team as well. I watched him as a kid at St Mirren and Hibernian and you just knew by the determination, the power of the guy, that he was going to go places.

“Certainly Villa have made a fantastic signing. That’s like buying one of the household names of the United Kingdom.” 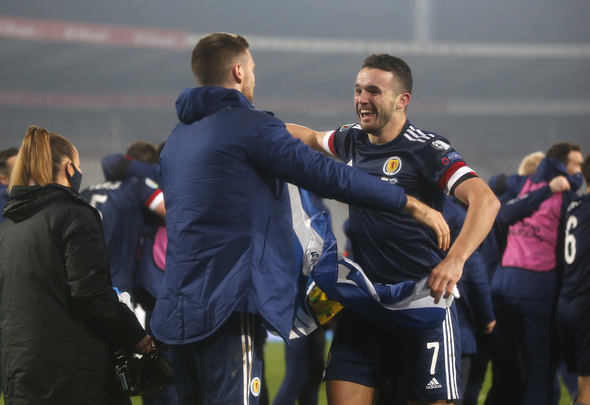 McGinn has played 84 times for Villa since joining from Hibs, with 38 Premier League appearances under his belt.

The Villans have also tied the likes of Jack Grealish and Tyrone Mings down to new deals this season.

In other news, Alan Hutton has been left raging as Aston Villa hit by “huge blow” pre-Burnley.