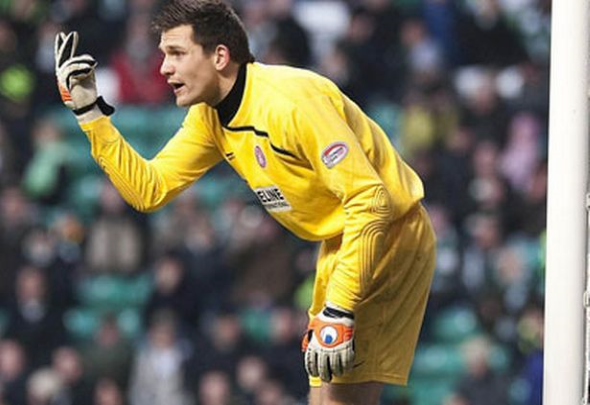 Partick Thistle goalkeeper Tomas Cerny has claimed he “feels” Scottish Premiership officials are swayed toward giving decisions in favour of Rangers and Celtic after his side had a goal disallowed in Tuesday’s defeat by the Gers.
Ryan Edwards had the ball in the back of the net with the score at 0-0 but saw his strike ruled out for offside before the Gers wet on to pick up a 2-0 win at Firhill.
Cerny thinks assistant referees on the Jackie Husband Stand side of the pitch are influenced by having thousands of Old Firm fans directly behind them thanks to Thistle moving their own fans elsewhere in the ground to cash in on the Old Firm’s huge travelling support.
“You could also argue we were unlucky with the Edwards goal which I’ve seen again – and he looked onside. If we’d gone ahead at that stage they would have found it hard to turn the game round,” Cerny said, as quoted by the Daily Record.
“If we’d scored first – and we should have – then I’m sure we’d have taken something from the game,”
“We played here against Celtic a couple of weeks ago and now against Rangers. Sometimes decisions coming from that side of the pitch go more for them than us.
“If it’s got something to do with that – pressure on the linesman – I don’t know. But that’s how it feels.”
The clash between the two sides on Tuesday was the fourth time this season they have met with Rangers coming out on top in three of the four games.
Goals from Josh Windass and James Tavernier secured what was a comfortable win for Graeme Murty’s side after the disappointment of the weekend’s defeat to Hibs at Ibrox.
The Light Blues are back in action on Sunday when they travel to League One high-flyers Ayr United in the fifth round of the Scottish Cup at Somerset Park.
In other Rangers news, it can be revealed that a key first teamer has sensationally asked to leave after the board failed to stick to their promise of giving him a new deal during the transfer window.
Don’t miss out on breaking and exclusive Rangers news by clicking here for our brilliant 24/7 updates on Facebook, Instagram and YouTube.