Darren Bent inisists that a Michael Keane’s new long-term contract at Everton will be a “massive” shot in the arm for the defender.

Speaking exclusively to Football Insider assistant editor Russell Edge, the former Tottenham and England striker believes the centre-back’s confidence was shot after a poor start to the 2019/20 campaign.

Everton confirmed on Sunday that the 27-year-old had put pen to paper on a new five-year deal, 24 hours after the news was revealed by Football Insider.

Keane found himself under fire last season after a series of poor performances for both club and country.

However, Bent believes the Toffees star has improved and that his new deal will be a big boost for his self-belief.

Bent told Football Insider: “I do think he’s shown signs of being a bit more confident and a bit more dependable so I think that’s a good bit of business from Ancelotti getting him signed up.

“It’s all well and good letting players go if you can replace them, so for me I think he’s got better, I think him and Mason Holgate were forming quite a nice partnership and I’m all for that.

“Michael Keane, it’s nice to see him back in the England squad and good on him because he had tough times, he played for England and he struggled, his confidence was shot but he’s come back and Ancelotti’s shown he still believes in him, that’s massive.” 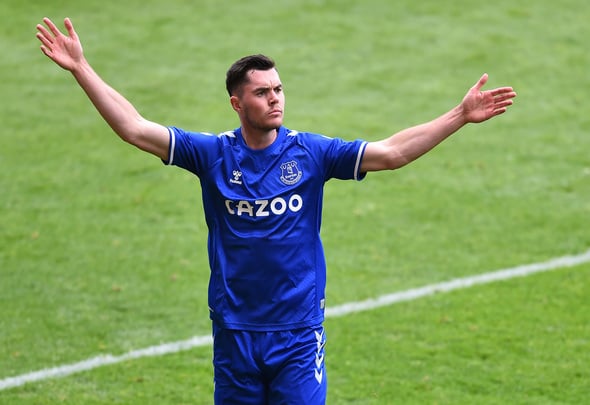 Keane played a total of 34 times for Everton last season and featured in every single minute of the club’s final 11 league games.

He has the likes of Yerry Mina and Mason Holgate for competition at centre-back.