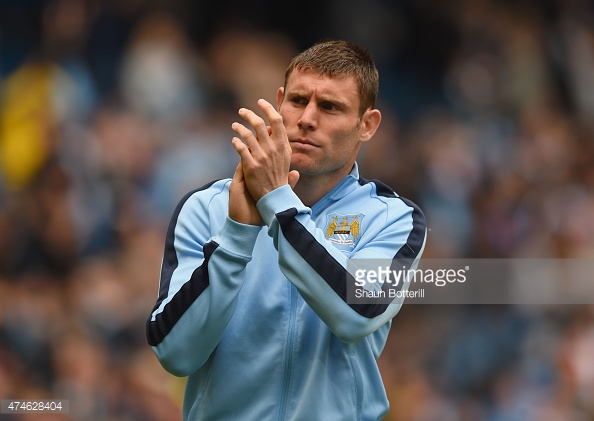 By Merseyside correspondent Cam Downes
Liverpool will pay James Milner an astonishing £33million over the five years of his contract with the club, Football Insider sources understand.

The Merseysiders announced today that Milner will join Brendan Rodgers’ team when his Manchester City contract expires at the end of the month.
Football Insider revealed on Tuesday that the terms of the deal had been finalised following talks between Liverpool and representatives of the England international.
It is understood that Milner will be paid a basic salary of £120,000-a-week supplemented by a £1.5million signing-on fee and performance-related bonuses.
The 29-year-old has also been lured to Anfield by the promise of regular first-team football, something denied to the player by his other principal Premier League suitors, Arsenal.
It brings to an end Liverpool’s pursuit of Milner, which began last summer and has accelerated in the last few months, with the player telling City he would not accept their offer of a new contract.
In a statement on Thursday morning, Liverpool confirmed: “Liverpool Football Club are delighted to announce they have agreed a deal to sign Manchester City’s James Milner, subject to a medical. The Reds have agreed personal terms with the England international, who will join the club on a free transfer on 1 July after his contract at the Etihad Stadium has expired.”
Milner had grown frustrated with what he perceived as a peripheral role at City, although Manuel Pellegrini handed the England international more starts in the Premier League and Champions League last season than during the 2013-14 campaign.
Liverpool are also closing in on the Burnley striker Danny Ings, who has already agreed personal terms with the Merseysiders.
Ings is also out of contract but will cost a compensation fee of around £5m in accordance with Fifa regulations for players aged 23 or under.