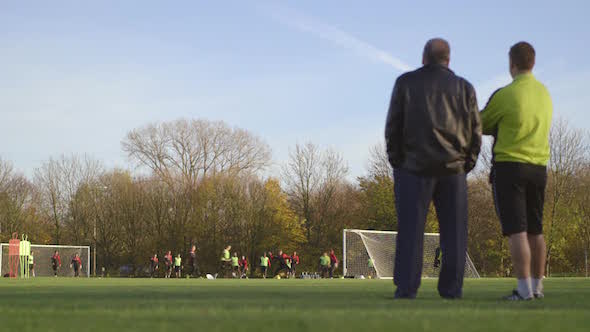 May brings the end of the domestic football season, with fates of clubs being decided across the European leagues.

Managers who have guided their teams to glory over the course of the season can stride confidently towards their club’s board to open up the purse strings, while sides that have suffered the doom of relegation are often plucked apart. Here is how the transfers work.

The first step in the process of a transfer is the scouting, where the club’s manager or head of recruitment will dispatch their team of scouts across the globe.

Managers may have a particular player in mind for their side or have an interest in a market which has either provided a string of quality players of value to similar clubs.

The process can be extensive or brief depending on the team’s needs for fresh blood, although the majority of players on the move have been monitored carefully before the bidding process begins.

Scouts will compile a report, highlighting the strengths and weaknesses of the individual, and will present it to the manager to take the appropriate action.

Agents play a huge role in the process and will often tout their clients to clubs that they deem are in need of their services whether the player is under contract or not. An agent represents players rather than clubs, which makes him the opposite of a scout.

They will often use the media in order to garner interest, which can often be using a sleight of hand to increase the odds of a move.

Bluffing the idea of interest from numerous clubs can help the cause of a player on the move, making the intensity of the pursuing team greater, while also increasing the likelihood of a more lucrative wage package.

A good agent will be skilled in the art of bluffing, not unlike playing poker trying to deceive opponents. It is both an art and a science, lying effectively – and both art and science have in fact looked into the process and tactics of bluffing, from neural brain functions to eye movement – for instance, looking down and right reveals that someone is engaging in internal dialogue. Together with negotiation skills, bluffing is one of the two most powerful weapons in an agent’s arsenal.

The point is for the agent to not only keep his cards close to his chest, but to ensure that he keeps his client in the headlines until the desired move is secured. It’s also of vital importance to keep as many options possible open at all times throughout the negotiation process to ensure that the player seeks the best opportunity.

Hundreds of players will be linked with teams over the course of the summer, with only a small percentage of the stories actually bearing fruit. An example last summer was Alexandre Pato, who was linked with several clubs in the Premier League throughout the summer. However, he failed to secure a move to England before January when his deal with Chelsea finally got over the line, although the 26-year-old barely featured for the Blues.

This is the toughest part of the transfer as proven throughout the history of the game as teams are often unwilling to part with their assets or intent on gaining maximum value. Difficulties can arise when the selling club digs their heels in over their refusal to sell the wantaway player or the two parties are unable to come to an agreement over the value of the transfer.

Teams can be put under pressure by agents or players to come to agreements either through the media or by statements made by the player himself.

Tottenham are a team that has been notoriously difficult when it comes to selling players, with deals such as superstar Gareth Bale’s transfer to Real Madrid or even Darren Bent’s move to Sunderland. The Black Cats approached Spurs in the summer of 2009 over a move for Bent, who had seen his first-team opportunities dwindle under Harry Redknapp. The two clubs haggled over the price, but were locked at an impasse as Tottenham refused to shift from their valuation of £16.5m, which they had paid for the striker’s services from Charlton Athletic.

Bent’s frustration at the stalemate made him a launch a furious tirade at chairman Daniel Levy through Twitter, which increased Sunderland’s leverage on the deal, which was eventually completed for a fee of £10m in early August almost four weeks after talks had begun.

Meanwhile, Sergio Ramos used the attention of Manchester United to improve his contract situation with Real Madrid. Speculation increased during last summer that the Spain international was on the brink of a switch to Old Trafford, heightening Real’s urgency to retain his services.

It culminated in the 30-year-old penning a long-term deal with Madrid, which highlighted the tools that players and agents can use in the market to either improve their current situation or move elsewhere.

As a result, people may be prudent not to believe everything their read in the sports pages of newspapers or online, even when it suggests that a deal has been brokered between two clubs.

Once clubs have managed to thrash out the basic terms of a deal, which can involve staging payments for transfers over the course of several years, then they are allowed to speak with the player.

However, even at this stage, the process can easily collapse at the negotiating table as the enthusiasm for the move from both parties may wane.

Body language and image are a key part of building any relationship, and a perceived lack of passion towards working together may halt the deal in its tracks.

The key component in the move is most exclusively financial as the agent and the player may balk at a package proposed by the new employer, while equally the buying team may not be interesting in stumping up the cash to secure his services.

There are several parts to the financial package, including weekly wage, bonuses for goals scored and appearances made throughout the campaign, along with additional bounties for team goals such as qualifying for Europe or avoiding relegation.

Sponsors are beginning to play an important role in the process as Cristiano Ronaldo’s move to Real Madrid proved. His switch was a boost not only to the club on the pitch, but off-the-field as well due to the revenue streams attached to the Portuguese.

Both Adidas and Nike raised their deals with the club and the player as a result of his transfer to Real, with future club president Florentino Perez underlining the importance of the deal in terms of image.

Leverage can also be used by agents at this stage of negotiation as the player may be the target of another club, which can be used to gain further cash from the interested party.

As the Secret Footballer told Esquire: “I might try to force their hand. To do that, my agent might talk to a journalist at a well-known daily red top and tell him that United’s rivals, Manchester City, are ‘preparing a bid’.”

Before any deal can be closed out the player must go through one final check through their medical. Once the buying club’s medical staff are convinced that the target is a viable option for the manager, the move can then be signed, sealed and delivered.

Transfers are usually seen as a great success at the time, but as with any deal it has the ability to be a huge failure as players struggle to fire for their new club.

Teams can spend huge amounts of money, but the player may not suit their system as Angel di Maria proved at Manchester United, or be a fading force like Fernando Torres’ £50m switch to Chelsea.

There is no exact science to transfer dealing, but great moves can inspire clubs to success for a generation, which is why the system will always be in place. Let’s see what this summer brings us. 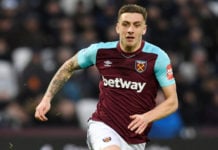 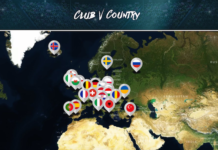 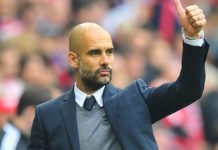 The Pep dilemma: City or Bayern for the Champions League?