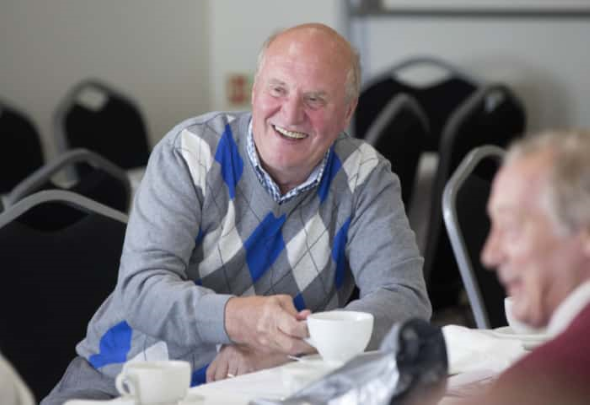 Rangers legend Colin Stein has insisted “the boss always wins” after Lee Wallace and Kenny Miller were suspended by the Ibrox giants following a bust-up with manager Graeme Murty.

The pair are reported to have had a blazing row with the Gers boss in the wake of Sunday’s 4-0 Scottish Cup defeat by Celtic before being summoned to Ibrox on Tuesday and being formally suspended by the club.

Stein thinks there is far more “player power” than when he played but is adamant that in “every environment” that the boss always comes out on top.

“It is between the manager and the players. I know it my time at Rangers if there was an argument with Willie Waddell, Davie White or Jock Wallace, I think the gaffer would always win it,” Stein said as quoted by the Evening Times.

“The boss has to get the respect of the players. He is in a funny situation.

“He is an interim manager and he has got to prove himself. He is in a difficult position.

“There is far more player power, and agents as well. Agents would never rule when I played football.

“I think it is in every work environment that you have arguments with your boss. But in every environment, the boss always wins.”

Both Wallace and Miller played no part in the Hampden collapse against Celtic with Miller an unused substitute and Wallace out injured.

The veteran striker’s current contract is up at the end of the season meaning it is likely he has played his last game for the Gers while Wallace’s deal has a further year to run.

Stein is spot on. Regardless of the environment, the boss always wins. There are ways of doing things and it seems Wallace and Miller have well over-stepped the mark in that regard. The pair have some previous for being disruptive influences in the dressing-room at Ibrox and it now looks as though it has come back to cost them their Ibrox careers. Neither would have considered challenging for Rangers bosses in the way it was handled at Hampden and as senior pros they should have both been well aware of how things should be handled.