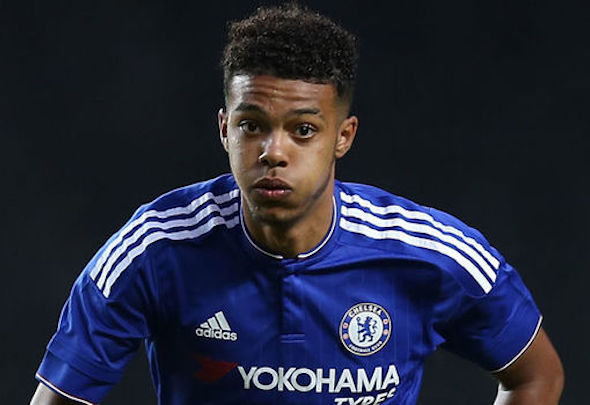 Teenage defender Jake Clarke-Salter has been promoted to Chelsea’s first-team squad after Kurt Zouma was ruled out for the rest of the season.

Clarke-Salter, who is captain of Chelsea’s FA Youth Cup side, will be included in first-team sessions after working his way through the ranks since joining the club at the Under-9s stage.

Speaking at his media briefing on Friday, Hiddink on the impact of Zouma’s injury: “It gives other people the chance to step up. We have no fear of bringing youngsters in.

“Matt moves up, and also I have the kid from the academy [Clarke-Salter] who is now with us. He is coming up from the academy, but also Matt who has been with us a few weeks already.”

Clarke-Salter is part of the Chelsea Under-21 squad and also captains the Under-18s side who reached the quarter-finals of the FA Youth Cup this week.

The teenager, who signed a new four-year contract in November, is used to playing at levels above his age and he already has two Youth Cup titles to his name. He hopes to join a select group of just five players to have won the competition three times in its history.

Former FA head of youth development Trevor Brooking is impressed by the potential of the Chelsea youngster, who has been dubbed the ‘next John Terry’ by club staff desperate for the first Academy product to establish himself in the first team since the club captain did a decade-and-a-half ago.

Speaking recently, Brooking said: “Clarke-Salter can form a brilliant centre-half partnership with John Stones for England. Players need the opportunity to develop through.”