Alan Hutton has admitted he was stunned to hear the Celtic board say they will wait until January to address the issues at Parkhead this season.

Speaking exclusively to Football Insider assistant editor Russell Edge, the former Scotland defender insisted the Hoops cannot afford to be “blasé” about the situation with the Rangers “juggernaut” steamrolling their way to the Premiership title.

In a statement issued on Monday, the Parkhead board insisted Neil Lennon and the backroom staff had their full support and that the club’s “progress will be reviewed in the new year”.

The Board of Celtic Football Club wishes to make clear its continuing support for Neil Lennon and his backroom team.

A 1-1 draw against St Johnstone on Saturday means the Bhoys are now 13 points behind Rangers with two games in hand.

Lennon’s men have also struggled in Europe and picked up one point from five games to end their hopes of qualifying from the Europa League group stages.

Hutton admitted he could not believe the board would be willing to delay any significant decisions until January and warned the league season could be as good as over if things did not change.

Asked if he thought January was too late for the Hoops to review the situation, Hutton told Football Insider: “Exactly. For me, new year time, after that Old Firm game the league could be done.

“So, for Celtic to be that kind of blasé about it and say we’ll wait till January, it could be over by January. We’re seeing fans protest now, and the scenes aren’t great, so for it to wait that long – yes, they’ve got some quality players but I don’t know, I can’t put my finger on it. 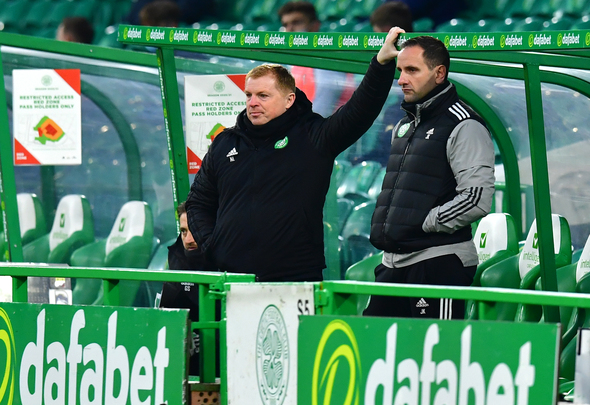 “There’s things saying they’re not playing for the manager, we don’t actually know what it is but something needs to change and it needs to happen quickly or it’s just going to get worse.

“Fair play, the board have come out and backed their manager but it’s just not going well. I just think that something needs to change.”

In other Celtic news, a Football Insider pundit has insisted the Bhoys need to bin “exceptional” talent.