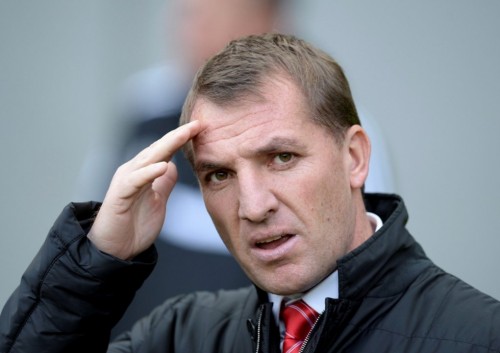 By Liverpool blogger Coral Barry
Liverpool’s American owners wielded the axe on Sunday evening but the majority of the fanbase had long lost faith in the northern Irishman.
So, where did it go wrong for Rodgers? How did the dynamic young manager who nearly led the club to an against-the-odds title triumph in May 2014 fall down to earth so quickly.
Football Insider looks at the key moments of Rodgers’ reign and how the Liverpool faithful abandoned their love affair with him.
Big games and big disappointments
Chelsea in January, Besiktas in February, Manchester United in March, Arsenal, Aston Villa and Hull City in April, Crystal Palace and Stoke in May, these were all major setbacks for Rodgers’ Liverpool.
In truth, the major matches have always been a major problem for the Northern Irishman. He thought he was too smart for the streetwise Jose Mourinho at Anfield in 2014 and that ego lost Liverpool the league title. He tinkered with the formations relentlessly in 2015 and fans suffered some of the most humiliating losses in living memory.
Daniel Sturridge was not risked for the Capital One Cup semi-final against Chelsea even though he returned just four days later in the Premier League. Liverpool played well in the two-legged tie, particularly at Anfield, but lacked the killer touch that Sturridge could have provided.
Getting battered by United and then torn apart by Arsenal within a week in April was the final nail in Liverpool’s Champions League hopes. All the good work of 13 league games unbeaten were undone in 180 minutes.
A winnable FA Cup semi-final tie against Aston Villa was surrendered with barely a whimper. It was the Reds’ last chance at some redemption for the season and Rodgers had become the first Liverpool manager not to win any silverware in his first three seasons.
Steven Gerrard then endured a nightmare home send-off with Palace hammering in three goals at Anfield. An affront to the legend and the latest of several warning signs for supporters.
And then came the ultimate humiliation. The worst defeat in 52 years as the record books show that Gerrard’s last game for the club he had served his entire career was a 6-1 annihilation by mid-table Stoke.
Big game after big game, the manager failed to lift the team. Many supporters had seen all they needed by May of this year.


Life after Luis Suarez
Suarez had the season of his life and Rodgers was the very fortunate recipient. The Uruguayan twisted and glided his way to 31 goals in 33 league appearances in 2013-14 and was the driving force for the team’s title bid.
Liverpool fans were left heartbroken by how the side fell apart so quickly after Suarez left for Barcelona.
Rodgers and the mysterious transfer committee oversaw the spending of a small country on players who do not deserve to be on the same pitch as Suarez; £25million on Adam Lallana, £20million Dejan Lovren, £16million on Mario Balotelli, £29million on Roberto Firmino and £0 million on a direct replacement for Suarez.
Rodgers famously said Tottenham should have been challenging for the league after spending £100 million on their squad after Gareth Bale’s departure. Those words have haunted him ever since. About £196.85 million was spend on recruits following Suarez’s exit and only three of those 12 players started Rodgers’ last game.
Liverpool followers were stunned and saddened at the lack of quality of the arrivals. It is just unacceptable to spend £300 million in three years and have so little to show for it.

Formations fiascos
Does Rodgers consider himself a bit of a mastermind when it comes to formations? He certainly always talks a good game. His attitude to systems is similar to the child who tries every food type at the buffet and then gorges on the chosen one until they throw up.
At the beginning of last season it was quickly obvious that the diamond formation would not work without Suarez and Sturridge, and then Balotelli proved far too inadequate to make a lone striker formation effective.
Then came Rodgers’ deployment of a back three. It worked for a while. Thirteen games in fact. And then it was figured out by opposition managers.
Rodgers was a manger who seemed to believe he just needed the right system, rather than merely choose right players and then select the formation to suit them.
Doubts over Rodgers’ coaching
Liverpool’s defenders have long been in desperate need of guidance and Rodgers and his staff could not provide it. He had little interest in the defensive side of things while Suarez was on the payroll.
The Uruguayan magician was so mesmerising, and made everyone else look better, than it did not seem to matter than Martin Skrtel was an accident waiting to happen, or that the full-backs were clueless in the last third of the pitch.
The firing of his back-room staff was a last-ditch attempt to give him the support he clearly needed. Again, that did not work.
It is no mystery why Rodgers has gone. Liverpool fans are left wondering why it took so long for the axe to finally be wielded.