Alan Hutton claims losing Scott Brown would be a massive blow to Celtic after the midfielder limped off in Copenhagen on Thursday night.

The former Scotland international, speaking exclusively to Football Insider correspondent Dylan Childs, implied the injury could be serious due to the 34-year-old’s track record of never missing a minute.

Brown was replaced by Nir Bitton with just over 15 minutes to go after suffering a calf strain in Neil Lennon’s side 1-1 draw against Copenhagen on Thursday night. 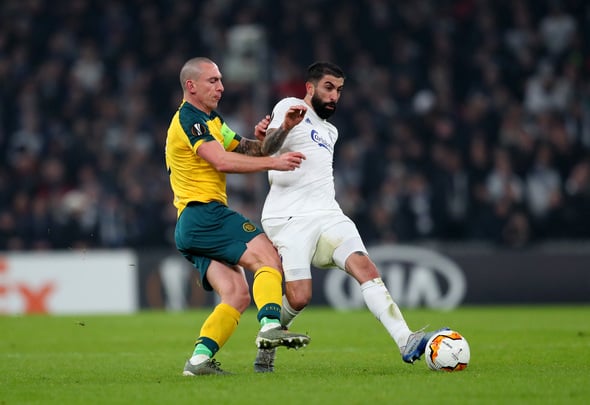 The Bhoys captain has been a mainstay in the side since his debut in 2007, making an incredible 562 appearance in all competitions.

Hutton said the Hoops will hope the Scotland international is back sooner rather than later due to the integral role he plays in the side.

“He never misses games and never comes off unless there is a problem,” the former Rangers player told Football Insider.

“It is a massive miss for Celtic because he makes them tick. He gets the ball and he continues to move it.

The veteran midfielder has been been a mainstay in the heart of a midfield that has opened up a ten-point lead over league challengers and Old Firm rivals Rangers.

The second leg of the Europa League Round of 32 tie against Copenhagen is to be played at Parkhead next Thursday.

In other Celtic news, Noel Whelan told Football Insider which Parkhead star he was drooling over on Thursday.