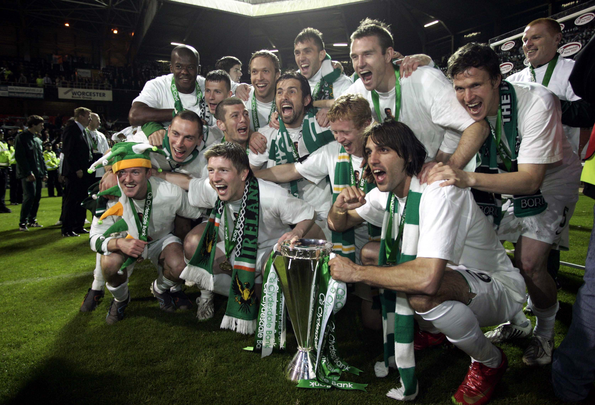 Celtic are on the verge of winning the title for the seventh year in a row, and it looks like they will clinch the league against their bitter rivals Rangers.

A win in Sunday’s Old Firm derby would see the Hoops win the league against the Gers for the first time since 1979, and it would certainly be one of the more memorable ways to win the title.

The Hoops have had plenty of memorable title winning games though, from Shinsuke Nakamura’s last minute free-kick against Kilmarnock in 2007, to the memorable 3-0 win over Dundee which clinched the title in the centenary season on 1988.

With that in mind, we thought we’d take a lot at five of the most memorable games which have saw the Hoops clinch the league title, which features plenty of happy memories for Hoops fans of all ages, and shows that despite what people say, it isn’t easy to win the league in Scotland.

Click ‘reveal’ below to read about the fifth greatest game…