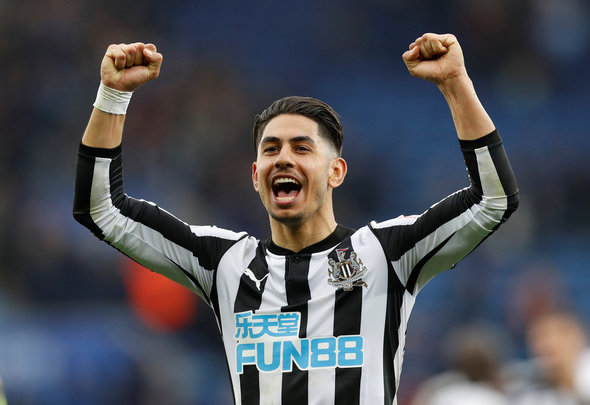 Newcastle United attacker Ayoze Perez is going to be in hot demand this summer after his “standout” season, according to pundit Noel Whelan.

Speaking exclusively to Football Insider the former Leeds United striker revealed he has been seriously impressed by the Magpies’ Spanish ace, who has played a pivotal role to the club’s survival in the Premier League.

Missing just one of the club’s league games all season, the 25-year-old has scored 11 goals, including five in his last four outings, having played in a multitude of positions across the front line.

Whelan believes that his goal scoring record as someone who is not an out-and-out striker cannot be ignored and that the fact his abilities tick a lot of boxes should see other clubs sniffing around this summer.

Asked if a move away from St James’ Park could be on the cards, Whelan exclusively told Football Insider: “I think once you get into double figures from that kind of area on the field then yeah.

“He’s always been a good player, we saw that there’s a spark in him, he’s got a change of pace, he’s good on the ball very intelligent player and when you’ve got those three things obviously clubs will be interested, especially at a club that have sort of struggled really.

“To be a standout like that then you know you’re going to be looked at. You always are, there are always going to be teams looking to strengthen but does he want to move, is he happy? I think the move will only come around if (Rafa) Benitez goes.”

Perez arrived on Tyneside from boyhood club Tenerife back in 2014 and has gone on to play 194 times for the Magpies, scoring 47 times and with 32 of those coming in the Premier League, he sits as Newcastle’s ninth top scorer since the re-brand of the top division.

In other Newcastle United news, former England ace Danny Mills has been drooling over one Toon Army favourite who is “irreplaceable.”