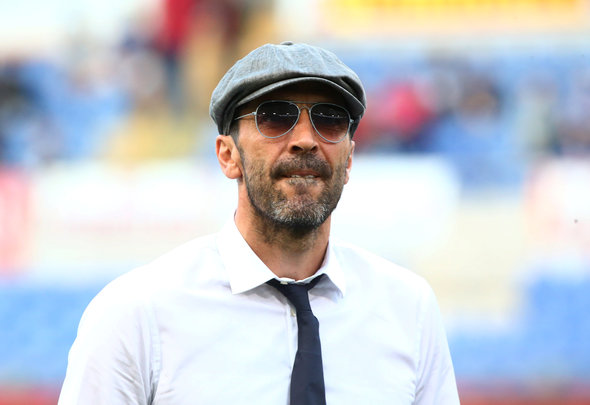 Noel Whelan has claimed Leeds United will have showed interest in “world class” Gianluigi Buffon but does not expect him to sign this summer.

Speaking exclusively to Football Insider, the ex-United striker claimed “there’s no smoke without fire” after reputable Italian publication Corriere della Sera reported in their print edition at the weekend that Leeds are one of the clubs keen on Buffon.

The goalkeeper, 41, is a free agent after leaving Paris Saint-Germain at the end of the season but has no plans to retire as he looks to extend his glittering career.

The Italy and Juventus legend has also been linked with Brazilian outfit Fluminense and Portuguese giants Porto in addition to the Championship giants..

“There’s got to be something in it, and real interest from Leeds, even if it’s only the club making an enquiry and having no chance of getting him,” Whelan told Football Insider. “There’s no smoke without fire with these kind of things, and I’m sure Marcelo Bielsa would love to have Buffon in his side.

“But, let’s be realistic, we can’t afford his wages. He has been at massive clubs throughout his career and is still a world class performer. But, why on earth would he want to come to Leeds and get paid much less than he would somewhere else?

“As much as Buffon is still a fantastic goalkeeper, I would love to see somebody signed who would stay at the club longer and who would allow us to spread our wage budget in different areas of the squad.

“Can we afford to put three-quarters of our summer wages budget into the salary of a 41-year-old?”

Buffon is regarded not only as one of the greatest keeper of his generation but also as one of the outstanding players to ever represent Italy.

The keeper accumulated a mammoth 176 appearances for his nation as well as more than 650 for Juventus, where he spent most of his career while winning nine league titles, as well as Parma, where he made his name.