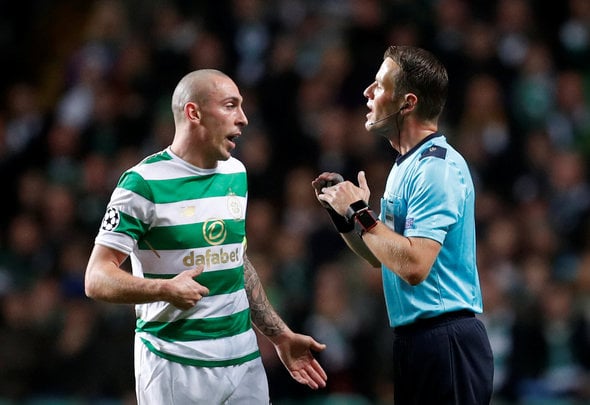 Celtic captain Scott Brown has blasted the congested fixture list that the Hoops have in December.

Celtic play a total of nine games this month, with Brown suggesting that the SPFL aren’t giving Celtic any assistance when it comes to preparing for games in Europe.

Talking to The Herald, Brown expressed his frustration in vehement terms, describing himself as “not surprised” by the SPFL.

He expounded further: “If you look at our schedule all the way through December as well, for them to throw an extra game in for us? They are supposed to be helping us as well.

“I’m not surprised by it. Because it’s the SPFL. There was no explanation given.

You would think they would try and help us out with our Champions League game coming up next week, because it’s good for Scottish football if we do well.”

Celtic take on Motherwell for the third time this week tomorrow at Celtic Park, with a sense of bad feeling growing between the sides.

The Steelmen are unhappy with controversial penalties that Celtic have won in both games played between the sides so far this week, whilst the Hoops were unhappy with Cedric Kipre’s challenge on Moussa Dembele in the Betfred Cup Final.

Dembele is out with an ankle injury as a result of the challenge.

Celtic can go seven points clear of Aberdeen at the top of the Scottish Premiership with a win at Celtic Park tomorrow.

The Dons aren’t in action until Sunday, when they take on Rangers at Pitodrie.

Following tomorrow’s game, Celtic are next in action on Tuesday night, in their last Champions League group game of the season against Anderlecht.

In other Celtic news, Brendan Rodgers has defended the club’s values following the controversial games this week