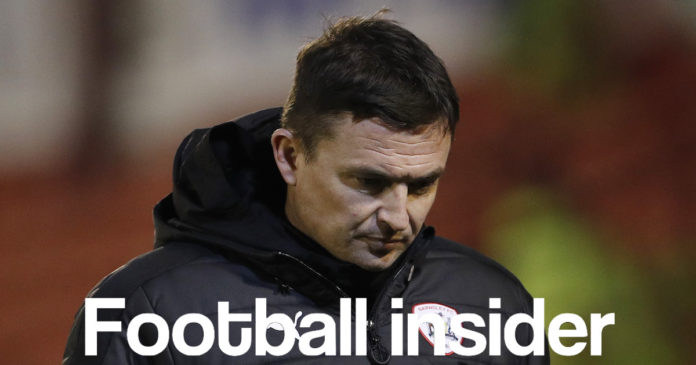 Former Leeds United player Michael Gray fears for the future of Paul Heckingbottom if he cannot arrest the decline soon at Elland Road.

Parachuted into the post at the start of February with a lengthy injury and suspension list after Leeds activated the £500,000 release clause in his Barnsley contract, Heckingbottom has so far only won one of his seven matches in charge and the team have dropped to 13th in the Championship table.

Owner Andrea Radrizzani made clear his unhappiness about United’s predicament with a sustained attack on the players, many of whom were either signed last summer or were handed lucrative new contract extensions in the months after he took over as sole owner.

Gray, who had two loan spells at Leeds during his playing career, was a team-mate of Heckingbottom’s at Sunderland and knows him well.

He is worried that Heckingbottom’s background could go against him if he is unable to improve the Whites’ fortunes.

“You’re going into a club like Leeds. I was a team-mate of Paul’s so I know really well,” Gray told the Jim White Show on talkSPORT on Tuesday morning. “He’s done a great job at Barnsley, working with a very small budget, but this is a huge step up for Paul. Massive football club.

“I hope he’s up for it. What might go against him is that when he’s losing games is his background. He’s a Barnsley lad. So when he starts losing games they’ll be on his back, absolutely. Only time is going to tell. ”

Heckingbottom’s Barnsley background has not been an issue up to now, in what are pretty much the final days of his honeymoon period at Leeds. But supporters will certainly turn against him if there is not an improvement on recent displays, which include wretched performances against play-off contenders Middlesbrough and Wolves. There has been no sign of the new manager ‘bounce’ that Radrizzani would have hoped for, and Heckingbottom will be keen to get a run of wins under his belt to fend off accusations that the job is too big for him.

In other Leeds United news, it can be revealed that NINE senior players at the club are in Radrizzani’s firing line and fighting for their jobs.