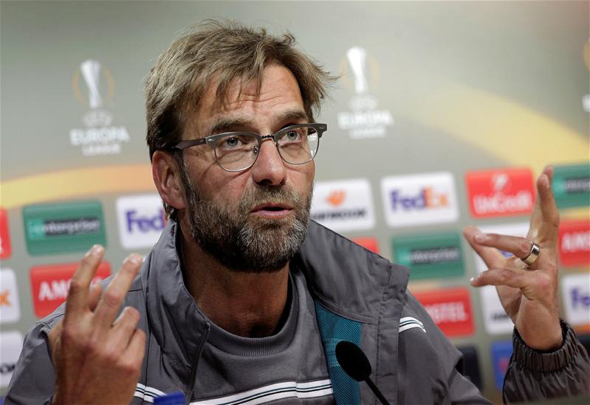 Thierry Henry believes that Liverpool must finish games off when they are in winning positions if they want to win the title.

The Reds manager Jurgen Klopp has got his side playing an attractive attacking style of football this season, but they have been caught out in recent weeks.

The Merseyside club have picked up just one point in their last two Premier League games and have fallen six points adrift of table toppers Chelsea.

They slipped to a 4-3 defeat against Bournemouth after leading the game 3-1 and drew 2-2 at home to West Ham on Sunday.

Liverpool took an early lead through Adam Lallana against the Hammers, but were pegged back by goals from Dimitri Payet and Michail Antonio as individual errors cost them, with forward Divock Origi rescuing a point.

Ex-Arsenal striker Henry has revealed his admiration of Klopp’s style, but believes Liverpool must become more ruthless if they want to be crowned champions.

“Liverpool have a certain way of playing, and I admire Klopp for that. The way he is with his players is amazing,” Henry told Sky Sports. “But when you want to win the league, and when you are 3-1 up against Bournemouth, you cannot concede three goals. The same applies to Sunday’s match against West Ham.

“When it works, we are all here praising them, but sometimes you have to know how to kill the game. You don’t have to always score. Keep the ball, make them run.”

Klopp has become an instant favourite with the club’s supporters after replacing Brendan Rodgers as manager in October 2015.

The 49-year-old German is a passionate boss and guided the Reds to two cup finals last season, which they lost to Sevilla and Manchester City respectively.

Klopp has introduced an attack-minded approach to Liverpool and they are the league’s top scorers with 37 goals in just 15 games.

Liverpool have continued to score freely without the injured Philippe Coutinho and Daniel Sturridge, but their defence has come under scrutiny for performances.

The Premier League title race is being closely contested this season and Liverpool are still regarded as a main contenders for the trophy.

In other Liverpool news, Klopp has hit out at a Sky Sports pundit after his critical comments.