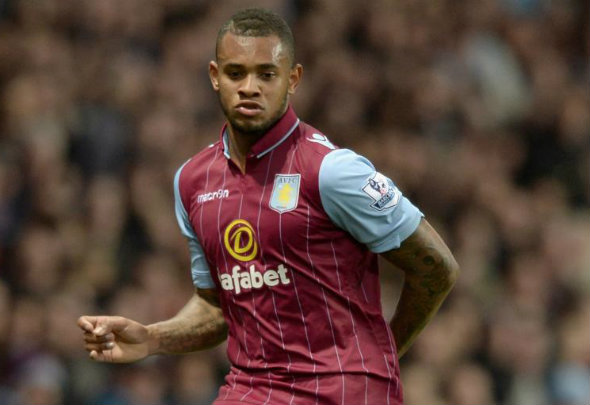 Aston Villa flop Leandro Bacuna has been named in the starting line-up for the club’s pre-season friendly against Cambridge United on Tuesday evening.

However, Bacuna’s inclusion, as reported on the club’s official Twitter page, has elicited a largely negative reaction from supporters.

The highly-criticised defender was part of a team last season that was relegated into the second-tier, despite the Dutchman insisting he wants Champions League football in the near future.

Bacuna, along with his teammates, faced the full brunt of supporters’ anger last term as the Midlands club picked up only 17 points and three wins in the club’s worst season in their 141-year history.

The 24-year-old started the Championship club’s 1-0 win over French side Nantes on Saturday afternoon in what was his first appearance for the club this summer.

Di Matteo has spoken publicly about the need to trim his large squad, with owner Tony Xia stating that up to four players will leave the club this week.

Many supporters want Bacuna to be on the list, but, for the time being at least, he seems to be in Di Matteo’s plans as the Italian searches for his fifth win of their pre-season campaign.

Villa have picked up wins against Austrian side GAK, non-League outfit Worcester and Telford, including a win against French side Nantes with their sole draw coming against League One side Bristol Rovers.

Here are Villa supporters reacting to Bacuna starting the game.

.@AVFCOfficial @CambridgeUtdFC an interesting mix of youth and seniors tonight, RDM seeing what depth he can call on the season #avfc

@HeartOfTheHolte Sinclair ???? Bacuna is clearly being given a big chance given his playing time

In other Aston Villa team news, owner Tony Xia reveals where he wants the club to be in four years’ time.