Steve Bruce has not done much wrong since stepping foot into Aston Villa, but one of his mistakes has been picking Ashley Westwood and Gabby Agbonlahor.

The senior duo were part of Villa’s relegation last season and how they still manage to get a game for the club is baffling.

Midfielder Westwood is a hard worker, and you cannot criticise his attitude, but unfortunately he is not up to the standard of a promotion push under Bruce.

The 26-year-old has played 19 Championship games this season from the middle of the park, failing to score a goal, or provide an assist. He has more yellow cards to his name.

Bruce must consider selling the former Crewe player because his performances this season have shown that he is one of the players who is stalling the Midlands giants promotion challenge.

His inability to pass the ball forward, tackle, nor make a significant impact suggests that he is not even Championship standard.

However, he is not the only one, the club’s longest serving player, Agbonlahor is in the same boat as Westwood, the only difference is, at least Westwood appears to put the effort in.

The 1-0 loss to Norwich in midweek was the worst display under Bruce since his arrival in mid-October and Agbonlahor was by far the worst player on the pitch.

The striker no longer brings any quality to the table and if Bruce continues to pick the controversial player, then his time at Villa Park won’t last too long.

Agbonlahor now has limited ability after losing a significant amount of pace, after disgracefully not keeping himself in shape while being paid by the club.

His first touch is non-existent, he cannot disrupt the backline because of his lack of movement and as a so-called goalscorer it has been a long time since he had a decent effort on goal.

When the Midlands side visit QPR on Sunday afternoon, the duo of Westwood and Agbonlahor must not be on the team sheet.

In other Aston Villa news, supporters on Twitter react with amusement as Gianfranco Zola loses his first game in charge of Birmingham. 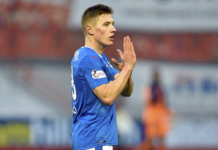