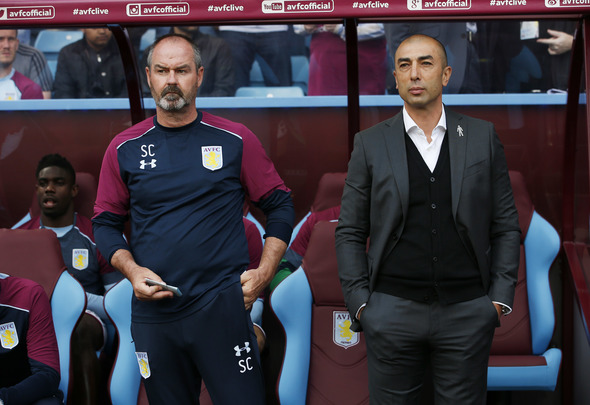 Roberto Di Matteo is facing the axe after Aston Villa were defeated 2-0 by Preston on Saturday, according to a report.

The Guardian claimed earlier this week that the manager must win one of the club’s two matches against Barnsley or Preston to keep his job.

Villa subsequently drew 1-1 at Barnsley on Tuesday after conceding yet another late goal, and then slumped to their third defeat of the season against Preston.

Goals from Ben Pearson and Jordan Hugill condemned Villa to a loss that means they are 19th in the Championship table and just two places above the relegation zone.

Villa’s haul of a single point from the two matches means that the spotlight will now be placed even more on the former Chelsea and Schalke manager, who was only appointed in the summer.

Supporters are furious at the failures of a team who were in the Premier League last season to overcome second-tier sides, and much of their disappointment is centred at manager Di Matteo.

Di Matteo, who guided West Brom to promotion to the top flight in 2010, was given a two-year contract in June with that objective in mind and spoke at the time about “looking forward to the challenge of taking Aston Villa back to its rightful place”.

Di Mattteo’s only win since taking over as manager was against Rotherham more than six weeks ago.

Villa have drawn seven of their past nine matches and despite spending heavily on bolstering their attack, scored only 10 goals in as many Championship fixtures.

The Midland clubs have now taken only ten points from their opening 11 games, despite spending £50 million on transfers during the summer.

In other Aston Villa news, a Championship rival has responded to speculation he could replace Roberto Di Matteo.