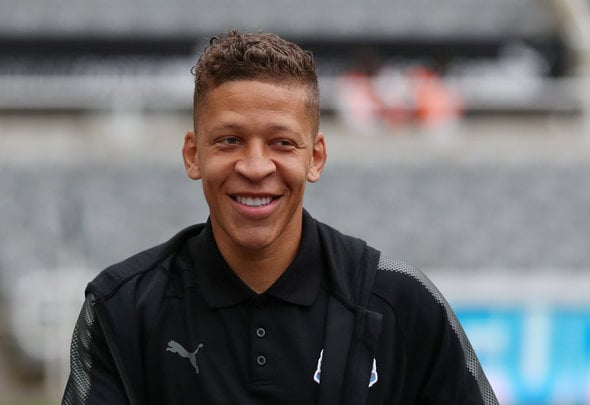 Newcastle United boss Rafael Benitez must bring striker Dwight Gayle back into the starting XI if he wants to smash past Burnley on Monday night.

Last season’s top scorer was missing from the club’s 1-0 win over Crystal Palace last weekend with a hamstring injury picked up against Southampton a week previous, but Benitez has confirmed that he is back in contention for the trip to Turf Moor.

Joselu has been the Spanish manager’s preferred option up top in recent weeks, but without a goal in his last two appearances it is time for that to change.

The Spanish striker should be joined by his fellow countryman Ayoze Perez in dropping out of the first team line up, with Gayle and midfielder Mikel Merino both being reinstated. Benitez should refrain from making any changes at the back, with the current starters having dealt well with the threat from Palace, and they should do the same against a Burnley side potentially missing top scorer Chris Wood.

In midfield Jonjo Shelvey and Isaac Hayden have both proven their worth to the side, while on the flanks Matt Ritchie and Christian Atsu are without a doubt the first choice, ahead of the likes of Jacob Murphy, who is having to settle for a stint on the bench.

However it is at the front where the changes need to be made, with last week’s match winner Merino replacing the ineffectual Ayoze Perez, and speed machine Gayle would be a better choice than Joselu to threaten the Burnley defence.

If Benitez were to make just that pair of changes, it would greatly improve the attacking potential of the Magpies and should see them breeze past Burnley.