Rangers could be set to finally end their search for a new manager, according to reports, with the Gers ready to approach Aberdeen for boss Derek McInnes this week.

According to the Daily Record, the Gers will make their move this week to recruit Pedro Caixinha’s successor, six weeks after sacking the now-Cruz Azul manager.

With the January transfer window weeks away from opening, McInnes could return to Pittodrie to snatch some of the star he has worked with in the Granite City.

The 46-year-old would understandably look for some familiarity in a playing squad which currently only has two members who McInnes has worked with previously – Ryan Jack and Danny Wilson.

McInnes would almost certainly be given money to spend in the new year as the Ibrox giants look to close the gap to Celtic at the top of the Scottish Premiership in the second-half of the season.

With the Dons having their most successful spell in two decades, McInnes could face a fight if he tries to recruit any of Aberdeen’s stars. 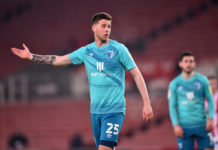