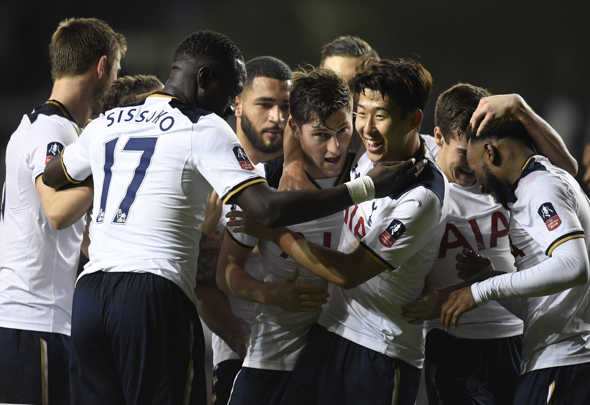 Tottenham recorded a magnificent 4-0 win over Stoke on Sunday afternoon at White Hart Lane with Harry Kane being the man of the moment.

The 23-year-old striker netted a magnificent first half hat-trick to blow away the opposition as Spurs extended their unbeaten run on home soil this term.

However, it was not all sunshine and roses for the north London club who had to produce their best to pick up all three points.

Here, Football Insider looks at the three of the worst Spurs players during their dominant Premier League victory

Ben Davies – The Wales international played a wing-back role for his team and despite being quiet defensively, he didn’t provide the attacking threat supporters want to see. Perhaps, the White Hart Lane faithful have set the bar too high for Davies considering they judge him on the levels of performances they see from first team regular Danny Rose.

Eric Dier – He is not suited to playing in a back three and at 1-0 there was one moment which could have changed the game. A counter attack from Stoke was not dealt with but had it not been for a magnificent close range save from Hugo Lloris from Peter Crouch’s shot, the dominant display from Mauricio Pochettino’s side could have ended differently.

Kevin Wimmer – Came on as a substitute in the second half and on the left-hand side of the Spurs defence, both he and Davies looked vulnerable. Davies’ poor pass led to Wimmer producing a poor tackle which saw him being booked. There is no doubt that Wimmer needs to build his confidence.

In other Tottenham news, Eric Dier believes this Spurs ace would be top of the pile had it not been for this.