COMMENT
It seems a possibility that Celtic defender Jozo Simunovic will be departing the club in the January transfer window.
The 23-year-old Bosnian international has been the subject of speculation surrounding his future, with the Daily Record claiming that Crystal Palace have joined the hunt for the £8million-rated defender.
Even though he has recently lost his place in the first-team to Kristoffer Ajer, the player signed from Dimamo Zagreb in 2015 has done well for the Scottish champions, particularly when he helped the club win their first domestic treble since 2001.
Even though the Bhoys have signed Marvin Compper from Leipzig, if Simunovic leaves then he still leaves a hole in the squad that would need to be replaced in the January transfer window.
Here Football Insider looks at three players Brendan Rodgers should consider as ideal replacements for the Bosnian.
Click below to read about a Manchester City youngster who must be on the radar… 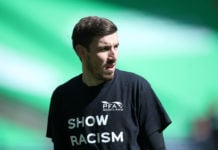 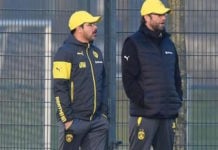