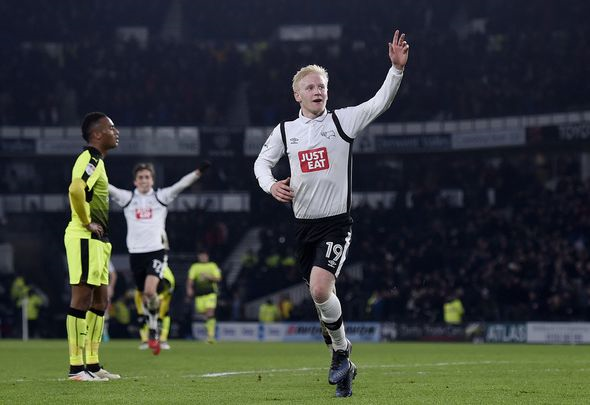 Reports emerged last week that Tottenham chairman Daniel Levy was looking to make a change to the club’s backroom staff.

Levy plans on bringing in a new member of the recruitment team at White Hart Lane and, according to The Mail, that is likely to see Steve Hitchen return to the club as chief scout.

Hitchen was one of the club’s lead scouts during the Harry Redknapp era of Tottenham’s history, and he has been responsible for identifying some of the Premier League’s top talents in recent memory.

Luis Suarez (Liverpool) and Luka Modric (Tottenham) are perhaps his two most notable procurements to the Premier League scene, and Tottenham will expect him to bring in many more.

Hitchen served as part of Derby County’s recruitment operation last year, and his ties to the club could see Tottenham acquire one of their most prized assets.

21-year-old Will Hughes has long been linked with a move to the Premier League, having impressed in recent years for the Championship side, and Tottenham could offer him a chance to impress at the top level.

The midfielder has scored two goals and contributed four assists from 28 appearances for Derby this term, but should Steve McClaren’s side fall short of promotion yet again, there will likely be a host of clubs looking to take advantage.

Pochettino has struck a near perfect balance between youth and experience in his Tottenham squad, and the ambitious Hughes would fit in very well.

Back in April 2008, Hitchen was one of the men responsible for raiding Dinamo Zagreb for Luka Modric. The Croatian club have raised another top midfield talent in Ante Coric, and Hitchen could be on his way there again.

The 19-year-old attacking midfielder is very much still learning his trade, but it is already abundantly clear that he will be a future European star.

Coric has contributed five goals and four assists from 27 appearances this season, and is a very similar player to Modric. He likes to dribble, can be unpredictable, and is comfortable with both feet.

He’s a very agile player, versatile and technically sound, which will see him slot into Pochettino’s system with ease.

Dinamo Zagreb will do very well to keep hold of such a talent for the long-term, but Tottenham and Hitchen should make sure it is them that eventually wins the race.

Another rising star Hitchen could look to procure from Croatia is Filip Benkovic. The jury remains out over the likes of Kevin Wimmer and Cameron Carter-Vickers as backup to Tottenham’s senior defensive pairing (Alderweireld and Vertonghen), and a new addition may be needed.

The 19-year-old signed a new deal with Dinamo last month, but as with team-mate Coric, the club will likely struggle to retain his services for the duration of his new contract, which is set to run until 2022.

Benkovic has a very authoritative, physical presence at the back, and his 6ft 4 frame stands him above all of Tottenham’s current centre-back options.

Despite his tender age, he has already experienced the Champions League, appearing in five of Dinamo’s group-stage games this season, while he has also appeared for the international side at youth level.

With the club believed to value him as high as £25million, it could be considered a big gamble by Pochettino. However, Modric was no different, and look how that turned out. Hitchen can convince him of that.

In other Tottenham transfer news, two European giants are prepared to explore the possibility of signing this Tottenham flop.