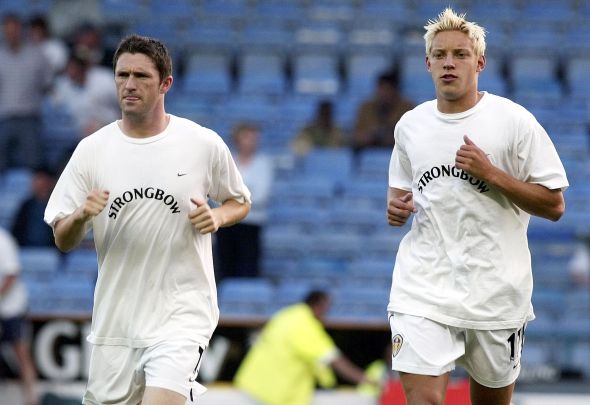 Former Leeds striker Robbie Keane has revealed that he will be leaving MLS giants LA Galaxy when his contract finishes.

The 36-year-old has spent five years in the MLS with Galaxy, captaining the side and playing with the likes of David Beckham, Steven Gerrard and Ashley Cole.

However, Keane is now set for pastures new after revealing on LA Galaxy’s official website that he would not be extending his stay in Los Angeles past December when his current deal expires.

Could a return to Leeds be on the cards for Keane? And if so, how will signing the veteran striker benefit Garry Monk’s high-flying squad?

You cannot escape the fact that Robbie Keane knows how to find the back of the net at the highest level. Keane has scored 136 goals in the Premier League for the likes of Leeds, Tottenham and Liverpool.

As well as holding the title of Ireland’s all-time top scorer, Leeds fans would welcome the striker’s trademark celebration at Elland Road.

New Zealand international Chris Wood has been relied upon this season to fire Leeds into sixth in the Championship, and has scored an impressive 11 goals in 19 league and cup appearances.

An injury could occur to former Leicester star Wood at any point, so the signing of Keane could prove a shrewd piece of business by manager Monk if he was able to pull it off.

Wood’s back-up strikers have failed to show any kind of consistency this term, despite being given a chance by Monk.

Antonsson, a £2million signing this summer, has scored three close-range finishes and is still learning to adapt to the rigours of the English game while doubts continue to arise over Doukara.

A move then for the 146-time Ireland international could pay dividends for Monk and co., as Leeds look to secure their return to the Premier League for the first time since 2004.

In other Leeds news, David Prutton has had his say on Leeds’ promotion chances.