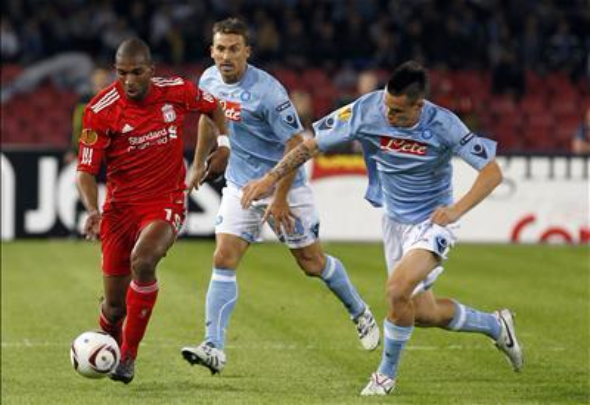 Babel, 30, played for Merseyside rivals Liverpool for four years between 2007 and 2011, before becoming somewhat of a journeyman with spells in Germany, Turkey, Holland and Spain.

Here are three reasons why Koeman should sign the former Reds attacker to bolster his side’s chances of finishing among the big dogs during the 2017-18 campaign.

Babel never realised his potential with the Reds, which could be said about the rest of his career. Although he was able to produce undeniable quality in glimpses for Rafa Benitez’s side, the 43-time Holland international failed to provide any form of consistency at Anfield and was eventually told to leave and branded as a flop. Joining Everton would give Babel the ultimate chance to prove to Liverpool fans that they were wrong to disown him, as he could realise his ability on the Reds’ doorstep. Five goals in 15 league and cup appearances for Besiktas since his January move, including two Europa League goals, could be evidence enough that he has what it takes.

The Toffees currently have Gerard Deulofeu and Aiden McGeady out on loan, with their future at Goodison Park in huge doubt ahead of the summer transfer window. West Ham star Enner Valencia has failed to have an impact in Merseyside since his loan move in the summer, while Aaron Lennon has only been used intermittently by Koeman. Bringing Babel in to replace the likes of McGeady, Deulofeu and Valencia would see Everton boast top quality options out wide, as Yannick Bolasie looks to return from injury to rival up-and-coming teenage star Ademola Lookman for place in the starting eleven.

Romelu Lukaku has proved to the footballing world once again that he is one of the best centre-forwards in European football, as he remains at the top of the Premier League goalscoring rankings with 21 strikes for the Toffees. However, Everton’s next top goalscorer is Ross Barkley with just five strikes to his name. Bringing in Babel, who has 10 goals and three assists for the season, would relinquish some of the goalscoring pressure on Everton’s number 10.

In other Everton transfer news, the Toffees are also set to do battle for this 70-time international.