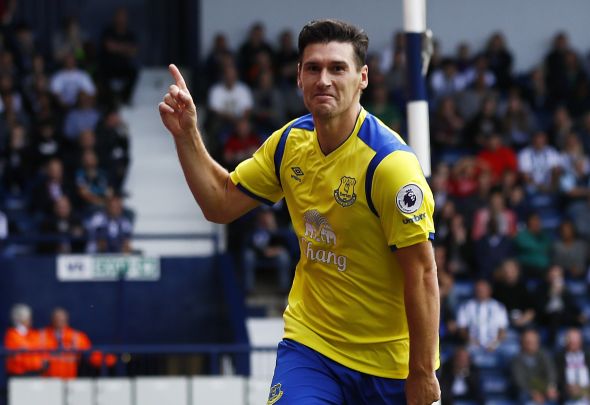 Everton should give Gareth Barry another year of football at Goodison Park beyond his current contract, which is set to expire next summer.

The 35-year-old midfield star has been a first-team regular for Ronald Koeman’s side this season, appearing in 11 of the Toffees’ 14 league and cup fixtures this season.

With age appearing to be just a number for the former Aston Villa and Manchester City star, here are three reasons why Koeman must hand Barry an extension before it is too late.

The England international has made an astounding 606 top-flight appearances throughout his career, the third highest in Premier League history and needs only three more to match second placed Frank Lampard.

His experience is an underrated commodity, giving him understanding on the pitch as well as helping the younger members of Everton’s squad off of it.

With 53 England caps to his name, Barry’s experience is unrivalled and it would be a travesty if Koeman saw it go to waste.

Every team needs one

Michael Carrick’s return to the Manchester United side has proved that every team needs a holding midfielder that can sit in front of the back four.

The presence of a Carrick, or a Barry, nullifies the opposition goal threat as well as being the foundation of his own side’s attack.

Mohamed Besic, James McCarthy and Idrissa Gueye can all play in Barry’s role, but are much more inclined to join the attack rather than start it.

It is no secret that Barry has lost pace. In his younger days, the left-footed star would be bombing up and down the left of Aston Villa’s defence and attack.

But surprisingly, Barry has been able to maintain a golascoring threat despite his lack of speed, scoring two goals this season in his 11 games.

With a ratio of almost one goal in every 10 games, Barry has scored an impressive total of 65 career goals in 747 league and cup appearances.

In other Everton news, this 27-year-old star should be dropped by Koeman against Southampton.