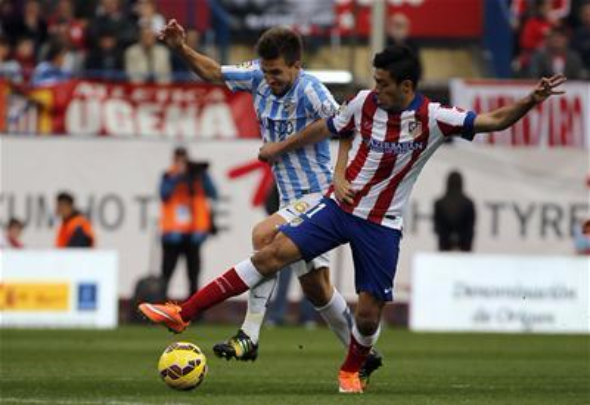 Ronald Koeman is set to continue his Everton squad overhaul this summer, and a host of both incomings and outgoings will be expected.

The Everton chief will look to remove the remaining deadweight within the first-team squad, and in doing so, making way for several potential new additions.

One player the Dutchman should target this summer, however, is Malaga midfield enforcer Ignacio Camacho.

The 27-year-old could be a quality addition to the Everton midfield ranks ahead of next season, and here, Football Insider reveals three reasons why the Merseyside club must push the boat out to sign him.

Out with the old, in with the new

While Koeman may be eyeing up replacements for a number of his fringe stars, a long-term replacement for the ageing Gareth Barry may also be on the agenda.

Barry, 36, still has an important role to play in the Everton first-team squad, but his advancing years means that his time at the club could fast be running out.

The veteran midfielder is under contract at Goodison Park until the end of next season, but it would be wise to have any new recruit integrated and ready well-ahead of his potential departure.

They may still have plans for Barry, but if they wait too long to acquire a replacement, a like-for-like option like Camacho could easily be snapped-up by someone else.

Koeman has set his sights on transforming Everton into a European force, but they are destined to settle for Europa League action ahead of next season.

A place in the Premier League’s top four, and Champions League qualification remains the primary target for Koeman at Everton, and he will therefore look to bring in players with such experience.

Camacho fits the bill, having experienced Europe’s premier competition during the 2012-13 season, when they reached the quarter-finals.

The defensive-midfielder also boasts European experience from his time at Atletico Madrid, with whom he began his senior career at the age of 17.

Most importantly, Camacho fits the profile of the type of player Koeman may be looking to acquire.

The Spaniard would add solidarity to the centre of the pitch, even with this season’s new arrivals Idrissa Gueye and Morgan Schneiderlin performing well in their roles.

Camacho is physically strong, and like Gueye, can look to marshal the Everton midfield from a deep-lying role.

He is also very good in possession, although his strengths on the ball lie more in the keeping the ball away from danger in the defensive department rather than in creating chances in the final third.

Koeman will want someone with a commanding presence to succeed Barry in the engine room, and he should look no further than Camacho.

In other Everton transfer news, the Toffees are looking to steal a march on their rivals with an early offer for this Premier League 23-year-old.