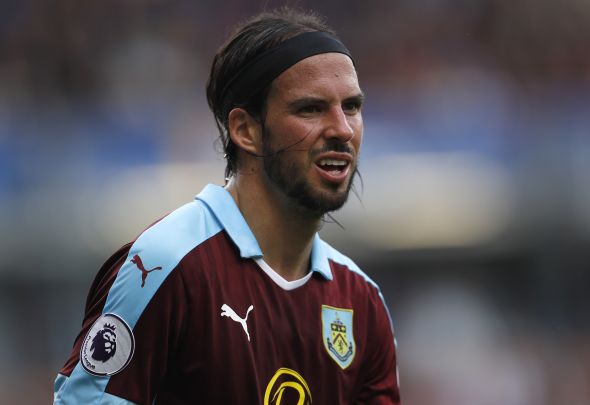 The 31-year-old is out of contract in the summer with Sean Dyche’s side, despite making 13 Premier League appearances for the Clarets this season.

With Scotland international Boyd potentially available in a cut-price deal in January, here are three reasons why Garry Monk should bring the experienced attacker to Elland Road.

During his time with the likes of Peterbrough, Hull City and Burnley, Boyd has secured promotion five times throughout his career.

Gaining promotion to the Premier League with Hull and Burnley, Boyd was also part of the Peterborough side that soared up the football pyramid on three separate occasions.

That experience and knowledge in the run in towards the end of the season will prove invaluable to Leeds, as they look to secure a return to the top flight for the first time in 12 years.

Despite catching the attention of many Leeds fans on the left side of the Yorkshire giants’ attack, Souleymane Doukara should not be given a permanent role out wide.

The 25-year-old is a centre-forward by trade, and Monk could bring in Boyd in January to add both pace and an eye for goal from Leeds’ left flank.

As well as playing on the left, Boyd can play as a number 10, on the right and up front as he possesses a sublime dribbling ability that allows him to glide past opponents.

Burnley’s number 21 would not just be a signing to boost Leeds’ promotion hopes.

With 78 appearances in the top flight, Boyd would add to Monk’s fight against relegation next year should he get the former Champions League side back into the big time.

Boyd has proved he is a player of Premier League quality with seven goals during his time with Hull and Burnley at the highest level, and will be hoping to add to that tally against Bournemouth on Saturday.

In other Leeds transfer news, this man could also prove pivotal in Monk’s promotion hopes.