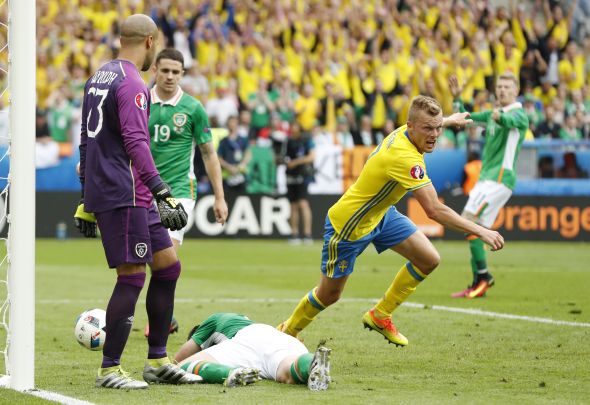 Leeds should add Premier League experience to their promotion push with the signing of Sunderland’s Seb Larsson.

The 31-year-old is out of favour on Wearside under David Moyes, featuring just three times for the Black Cats in the league this term.

With Moyes likely to clear the decks for potential new arrivals in January in his bid to stay in the Premier League, here are three reasons why Leeds should move for Larsson:

Larsson, an 87-time Sweden international, is out of contract in the summer as he continues to remain on the fringe of Moyes’ squad.

Rather than risk losing the versatile ace on a free in six months’ time, Sunderland could be tempted to sell the former Birmingham City star in January at a bargain price.

That would suit Leeds, as it remains unclear if Monk will be backed in January financially with takeover talks between Massimo Cellino and Andrea Radrizzani progressing.

Garry Monk’s side do not possess a player who is able to score from a free-kick other than Kalvin Phillips, and he is not fully renowned for his ability to score from a dead-ball situation.

Bringing a player with Larsson’s ability to provide an assist from an attacking free-kick or corner, and in fact scoring himself could make the difference in tight games.

Three points against Leeds’ promotion rivals would swing a place in the Premier League in Leeds’ favour, and Larsson could provide this.

A good atmosphere is brewing at Elland Road under Monk, as the Yorkshire giants continue to defy pre-season expectations by sitting in the play-offs.

With two Swedish players in the squad, in Marcus Antonsson and Pontus Jansson, the signing of Larsson could only continue to improve that good feeling.

His influence could improve the morale of the two Swedish stars, as Leeds look to do anything to maintain their form throughout the second half of the season.

In other Leeds transfer news, another Premier League star should be looked at by Monk as his contract nears its end.