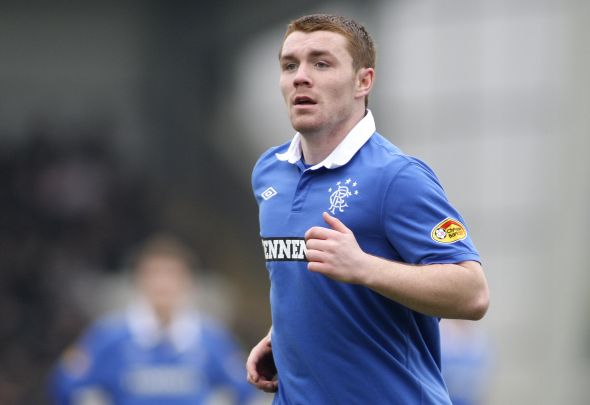 Rangers should look to hand playmaker John Fleck an Ibrox return as he continues to shine in the red and white stripes of Sheffield United.

Fleck, 25, has produced a huge 14 assists as well as scoring twice from midfield this season, while the Gers struggle to unlock their Scottish Premiership opponents up north.

After leaving the 54-time Scottish champions back in July 2012, here are three reasons why Fleck’s creativity could be crucial ahead of the Gers’ 2017-18 campaign.

Looking at the table, it is easy to pinpoint the reason behind the 33-point gap currently separating Old Firm rivals Rangers and Celtic. Playing the same amount of games, Celtic are just one goal away from scoring double the amount their arch enemies have managed this season. Just 37 strikes in 27 league games is not good enough for a side who were expected to challenge Celtic for the title at the start of the season. A large reason for that is not because of the form of the Gers’ strikers, but because they are being given very little support in behind. Bringing in Fleck to play in the number 10 role next season could provide the missing cog in the Gers machine that will allow them to finally begin to match Brendan Rodgers’ Bhoys.

The USA international has been fantastic in the middle of the park since moving north in a temporary deal from Premier League outfit Bournemouth. However, the 20-year-old’s form is likely to have been noticed by Cherries boss Eddie Howe, who would be foolish to allow the midfielder to leave on a permanent basis in the summer. With Hyndman likely to return to the Vitality Stadium when his loan expires, bringing in Fleck could be the perfect replacement for Hyndman as Sheffield United’s midfield dynamo continues to shine in League One.

Rangers fans still hold their former academy graduate in high regard despite leaving in 2012 to join Coventry City, as the Gers collapsed financially and were demoted to the fourth tier of Scottish football. Rejoining his boyhood club could benefit both player and the Gers, as playing for a team he knows so well could bring the best out of the former Scotland Under-21 international. With plenty of new signings coming in to Ibrox, the Gers have also lost a sense of the rivalry with Celtic. However, Fleck knows just what it means to the fans to get one over Celtic and he could be pivotal in helping his side draw level with the Hoops next season.

In other Rangers transfer news, this international defender is being eyed ahead of next season.