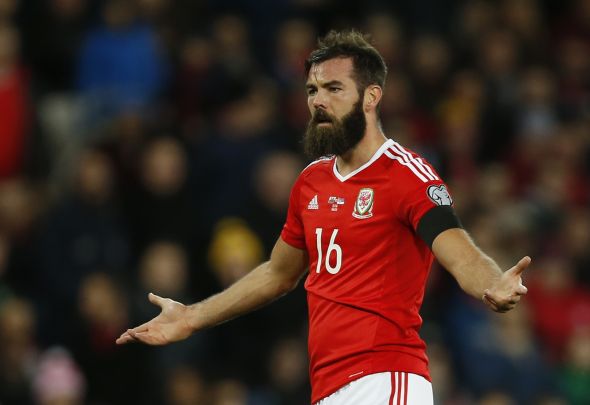 Rangers could be set to undergo a major overhaul in the summer, with Pedro Caixinha ready for his first opportunity to put his own stamp on the squad.

The Portuguese inherited a below-par squad from his predecessor Mark Warburton, and considerable changes will need to be made if they are to compete at the top with rivals Celtic next season.

But while Caixinha will be looking to get the most from Dave King’s financial backing, he should also consider the free transfer market in his pursuit of new additions.

Football Insider reveals three soon-to-be-available Premier League performers that could have a major impact at Ibrox for a bargain price.

Rangers could do with a presence in the heart of their midfield that can offer them what Celtic have in Scott Brown.

Caixinha is likely to be without young stars Jon Toral and Emerson Hyndman next season as their loan deals expire at the end of the current campaign, and that leaves him short of central midfield quality.

Joe Ledley is an experienced performer, at both domestic and international level, and could do a fantastic job in the heart of Rangers’ midfield as a ball-winner.

His defensive-minded nature could help solve many of Rangers’ current woes, while his short passing game will also benefit Caixinha’s tactical preferences.

His top-flight wage would be the biggest hurdle to overcome for Rangers, but he is likely to be available with his contract set to expire at the end of the campaign.

If Caixinha and Rangers choose to persist with youth, then Arsenal youngster Jeff Reine-Adelaide could be a fairly promising, low-budget option.

The 19-year-old threatened to have a promising future at the Emirates when making his professional debut for the club in January.

However, with just months left to run on his current Arsenal deal, it appears that the midfielder still has yet to wow the Arsenal hierarchy.

He has made six first-team appearances this term, but opportunities may well have dried up for the youngster.

But he could have a big impact in Scotland, and could add much-needed energy to the Rangers midfield and attack.

Defensive security could be the main area of concern for Rangers headed into the summer window, with concerns over the ability of several of their current assets.

The signing of Philippe Senderos has proved to be a shocker on Warburton’s part, but it is Caixinha that now has to pick up the pieces.

With Senderos among a few names likely to leave this summer, Rangers should turn to the experienced Martin Kelly to fill the void.

Adept at playing as either a central defender or a full-back, Kelly would provide the Scottish club with a variety of options.

The 26-year-old was destined for big things during his days with Liverpool, earning a place in the England squad for Euro 2012, but his fall from grace sees him on the verge of an exit from relegation-battlers Crystal Palace.

Nevertheless, Kelly is more than capable of playing a key role at Ibrox.

In other Rangers transfer news, here are three PL youngsters the club could sign after Dave King’s recent comments.