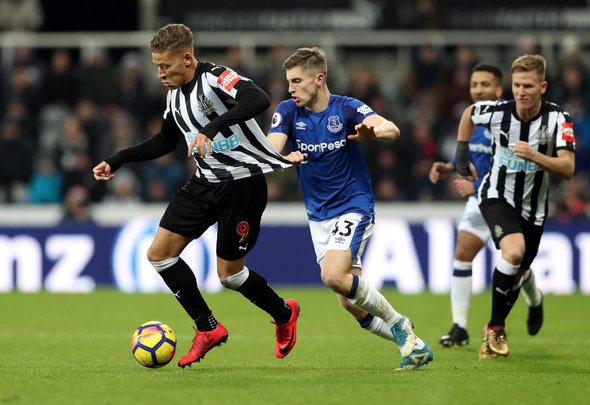 Newcastle United were on the wrong end of a narrow one-goal clash on Wednesday as they slipped to defeat at home to Everton.

Wayne Rooney’s goal, poked home from just yards out after Karl Darlow’s goalkeeping error, ensured that the Toffees left Tyneside with all three points, and extending their unbeaten run to four games.

Newcastle meanwhile saw their abysmal run of form go on, with the defeat their seventh in eight games, which has resulted in just one point from a possible 24.

It was a game lacking in chances, with Newcastle hitting the woodwork twice in the second half thanks to two thundering efforts, including one from Spanish midfielder Mikel Merino.

However they were unable to find an equaliser as former Newcastle boss Sam Allardyce saw his Everton defence stand resolute.

So what can fans take away from the clash against the Toffees?

Here, Football Insider analyses three things learned in Wednesday’s match at St James’ Park, including which man should see the final nail hammered in his coffin.