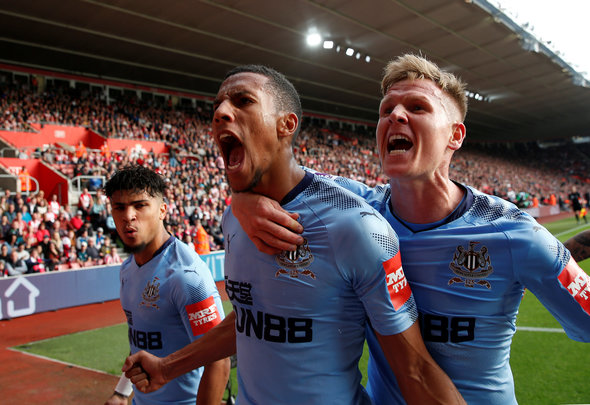 Newcastle United twice let their lead slip as they played out a 1-1 draw with Southampton at St Mary’s on Sunday.

Isaac Hayden and Ayoze Perez both gave Newcastle the lead but Manolo Gabbiadini twice pegged the Magpies back, the second a penalty after Florian Lejeune’s foul on Shane Long.

Hayden was a surprise name in the starting XI, replacing firm fans’ favourite Mikel Merino, while Lejuene was a replacement for former stalwart Ciaran Clark, both dropping to the bench.

It was an end-to-end match which saw both sides have chances in front of goal, Southampton passing up some clear opportunities while Newcastle saw the Saints deny them several times.

So what can fans of Newcastle take away from their side’s performance on the south coast?

Here, Football Insider analyses three things learned about the Magpies in their victory at St Mary’s, including one man whose performance should see his future in the starting XI come under serious doubt.