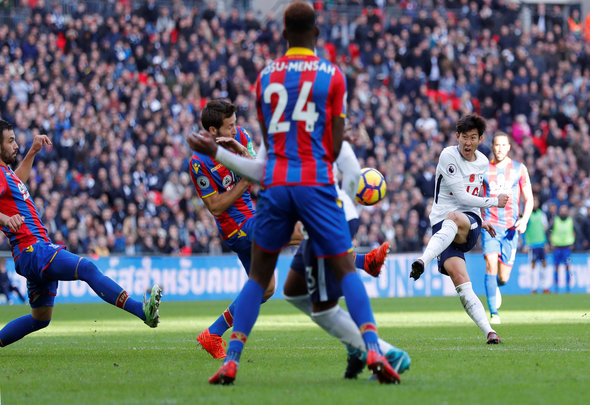 Tottenham were able to snatch a narrow victory in their final match before the international break with a 1-0 win over Crystal Palace on Sunday.

A second half effort from Heung-min Son, which was curled into the net from just outside the box, was enough to secure the three points against a dogged Palace side who had their own chances to snatch a point or more.

Victory means Mauricio Pochettino and his men go level on points with second placed Manchester United prior to the Red Devils’ clash against Chelsea later in the day.

The result was secured despite several enforced changes to the starting XI by the Argentine manager, with first team stars Hugo Lloris, Dele Alli and Toby Alderweireld all ruled out through injury.

Paulo Gazzaniga was handed his first competitive appearance for the club with second choice keeper Michel Vorm also ruled out, and he put in a series of good saves to help secure the win.

So what else can Tottenham fans take away from the clash with their London rivals?

Here, Football Insider analyses three things learned in Sunday’s victory, including which star man has got to be axed from the starting XI after the international break.